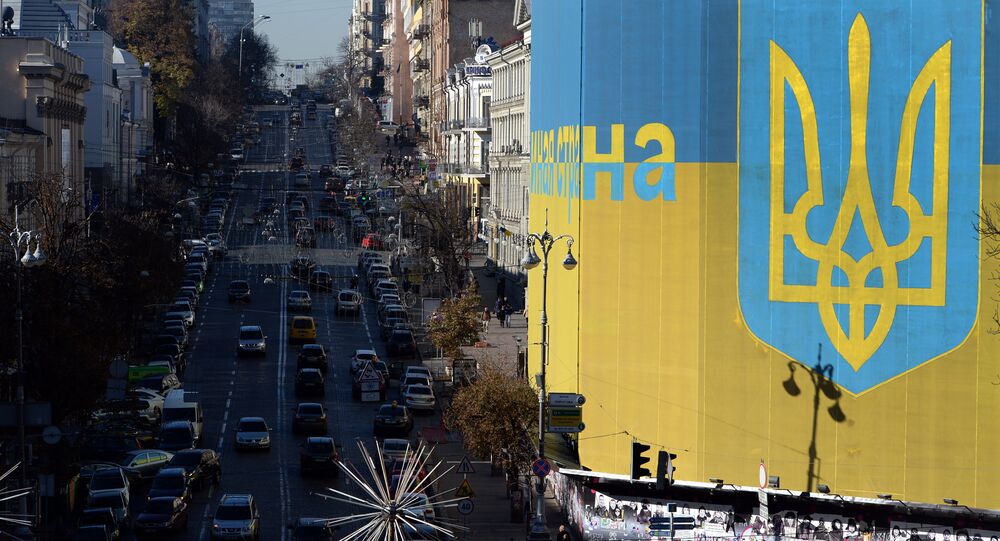 Over 1,000 Ukrainians traveled to the European Union and countries of the Schengen Area without visas after the visa-free regime with Ukraine entered into force on Sunday.

© AP Photo / Sergei Chuzavkov
Mogherini on Ukraine's EU Visa-Free Regime: 'We Have Kept Our Promise'
MOSCOW (Sputnik) — Beginning from June 11, the Ukrainians are able to travel to the countries of the Schengen Area with biometric passports without visas for 90 days for tourist, business or family purposes, with no right to work or study in the EU member states under such regime. The European Union has a right to suspend the regime if there will be problems with security and illegal migration.

© Sputnik / Andrey Stenin
This is How Visa-Free Regime Complicates Ukrainian Labor Migration to Europe
Czech Interior Minister Milan Chovanec informed about the plans to increase the number of police personnel after the visa-free regime enters into force since many Ukrainians might try to illegally work in the Czech Republic.

© Sputnik / Andrey Stenin
Join EU at All Costs: Ukrainian Writer Urging to Stir Up Migration Problem
The military conflict in Ukraine, which began in 2014 when Kiev launched an operation against independence supporters in the country’s eastern regions, has resulted in an economic crisis. Since 2014, Ukraine's economy shrunk by about 55 percent prompting the decrease of wages nationwide. In 2016, the real income dropped by 14.9 percent compared to 2015, data of the State Statistics Service of Ukraine showed.