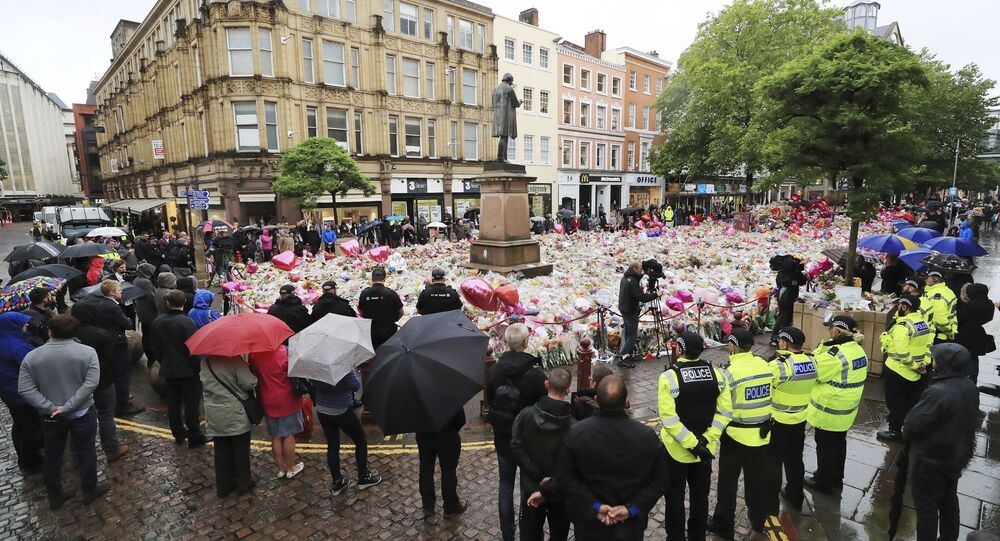 All suspects of the Manchester terror attack were released by police without charge.

"During the investigation, we have arrested 22 people in relation to suspected terrorism offenses. Two were quickly de-arrested at the place of their detention because we were satisfied that they were not involved. The remaining people have now been released without charge," detective chief superintendent Russ Jackson said in a statement published on Twitter of Greater Manchester Police.

Twenty individuals detained by police have been repeatedly interviewed and questioned on their links and contacts with the perpetrator of the attack Salman Abedi, the statement added.

© REUTERS / Peter Nicholls
UK Police Release Brother of Manchester Attacker Ismail Abedi Without Charges
Apart from the detentions, the UK authorities have conducted 29 house searches, seized around 700 media devices and uncovered a number of suspicious purchases by individuals of materials that can be used to make explosives, the document noted.

"This is one of the largest investigations Greater Manchester Police has ever conducted," Jackson stressed.

On May 22, an explosion occurred at Manchester Arena at the end of a concert of US singer Ariana Grande killing at least 22 people and injuring more than 200 others. Daesh (outlawed in Russia) reportedly claimed responsibility for the attack.

As police were investigating into the terror network behind Abedi, his father and two brothers were among those detained in the probe.

Over $5.1M Raised During Concert to Help Families of Manchester Attack Victims