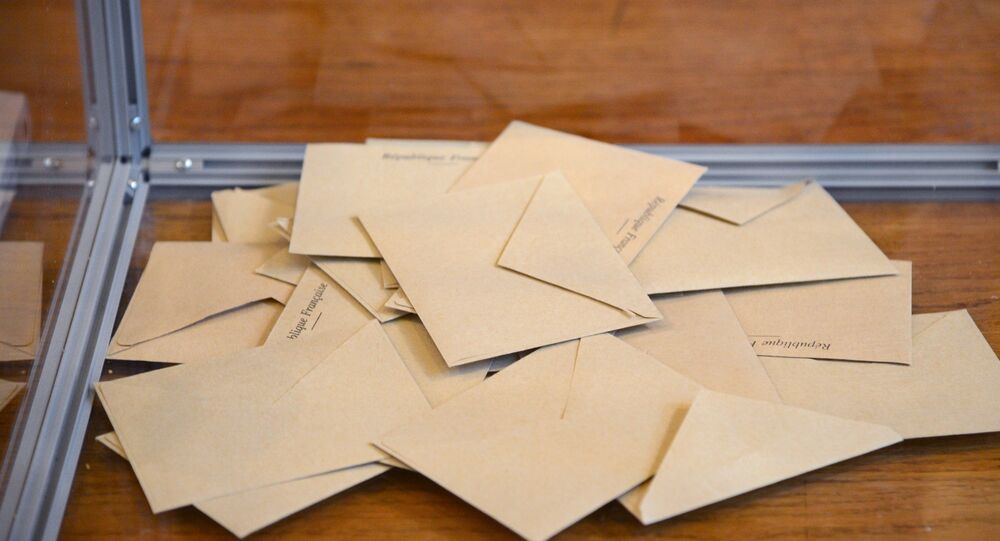 France is holding the first round of parliamentary elections on Sunday with a final round scheduled for June 18.

© REUTERS / Neil Hall
UK Economy Loses Momentum Amidst High Post-Election Uncertainty
MOSCOW (Sputnik) — France has a bicameral parliament. The lower house is called the National Assembly, and the upper is the Senate. The National Assembly consists of 577 directly elected lawmakers with the office term of five years. The Senate consists of 348 members elected by indirect suffrage for a term of 6 years. French senators are elected by electoral colleges set up in each department and consisting of National Assembly lawmakers, departmental and regional councilors, delegates of municipal councils, and others. Half of the Senate seats are up for re-election every three years.

French citizens, who are 18 years old before the first round of the elections, registered voters who have not been barred from exercising their political and civic duties, are entitled to vote. Foreign nationals, including residents of the European Union and other countries, are not entitled to cast ballot.

French citizens, aged 18 and above, having the right to vote and having served in the French armed forces, can be elected to the parliament.

According to France's electoral code, certain officials, including city mayors and president of the Assembly of French Citizens Abroad, cannot carry out their duties simultaneously being a member of parliament.

In France, there is no centralized system of permanent election bodies. On the national level, the election is organized by the Constitutional Council, which provides general oversight, and the Interior Ministry. The latter is responsible for organizational and legal regulations, collection of votes and announcement of results to the public and the media. The Ministry’s overseas department serves French residents abroad.

Lawmakers are elected by a plurality voting system of absolute majority in single-member constituencies. France is divided into 577 constituencies, each populated by the average of 125,000 people. The constituencies are divided in the following manner: 539 of them represent Metropolitan France, 19 — overseas departments, eight — overseas communities, and 11 represent French residents overseas.

© AFP 2020 / GIUSEPPE CACACE
Italians Vote for Municipal Mayors Ahead of Parliamentary Election - Interior Ministry
The election campaign in France usually begins 20 days before the voting day with the funding by legal entities, except for political parties and groups, is prohibited. Individual donations are capped at 4,600 euros ($5,147,95). Any donation exceeding 150 euros must be made by cheque, bank transfer, credit or debit card.

Parliamentary elections are held on Sundays and certain categories of French citizens, including those with disability, are entitled to vote by proxy.

French lawmakers are elected in two rounds. To win in the first round, the candidate must obtain an absolute majority, but no less than 25 percent of the votes of all voters registered in the constituency.