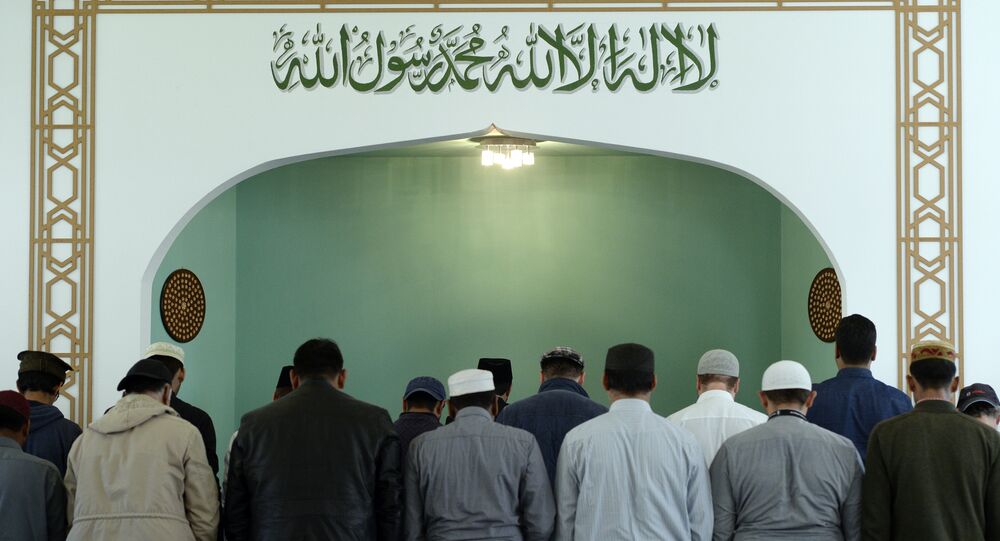 Starting July 1, Ahmed Orgas, an ethnic Turk who organized pro-Erdogan rallies in Europe, will be leading the French Council of the Muslim Faith (CFCM), a national elected body, to serve as an official interlocutor with the French state in the regulation of Muslim religious activities

Ahmed Orgas owes his career in France’s Islamic organizations to members of his family who have close links to Turkish President Recep Tayyip Erdogan and his ruling Justice and Development Party (AKP).

© AFP 2020 / PATRIK STOLLARZ
France Announces Plans to Fund Mosques to Avoid Muslim Radicalization
In an interview with Sputnik France, Joachim Veliocas of the Observatory of Islamization (Observatoire de l’Islamisation), said that Ahmed Orgas represents the official version of Turkish Islam. Until now he chaired the Coordination Council of the Turkish Muslims in France, which toes the line of the AKP his wife’s family are all members of.

The majority of Turkish expats in France are supporters of the pro-Islamist Justice and Development Party.

“Ahmed Orgas stands up for the interests of his fellow Turks living in France. He made a number of very disturbing statements during his recent appearances on TV, saying that Manuel Valls was a sick man to appoint Jean-Pierre Chevenement to the head of the French Islamic Foundation. He also advocates the use of headscarves by Muslim women. In August 2016 he told France 24 that France had made itself a laughing stock after several of its mayors banned the use of burkinis,” Joachim Veliocas told Sputnik France.

“He has no idea what the French Republic is all about, that it is a country where caricatures are an old tradition and blasphemy is not a crime,” Veliocas continued.

“We are going to have someone heading the Council who wants to integrate the Union of Islamist Organizations of France with Muslim Brotherhood, a man who says that foreign financing is good and that if Russia is financing an Orthodox center in Paris, there is no reason why Qatar should not be allowed to do the same,” he added.

He mentioned the strong influence President Erdogan has on members of France’s Muslim community.

© AP Photo / Francois Mori
Lack of Faith: Critics Fear France's 'Churches to Mosques' Plan Risks Further Radicalization
“There are 150 Turkish imams currently working in France and taking orders from the religious affairs department in Turkey. They work at French mosques and are getting their money from Turkey,” Joachim Veliocas emphasized.

The multiple deadly terrorist attacks of the past two and a half years have piled pressure on the government to search for new ways to confront the grim challenge they now face: radicalized Muslim youth.

One of his ideas to tackle the problem is a proposed temporary ban on all donations from abroad to French mosques, which are generally believed to be a factor fueling the spread of radical Islam in France.