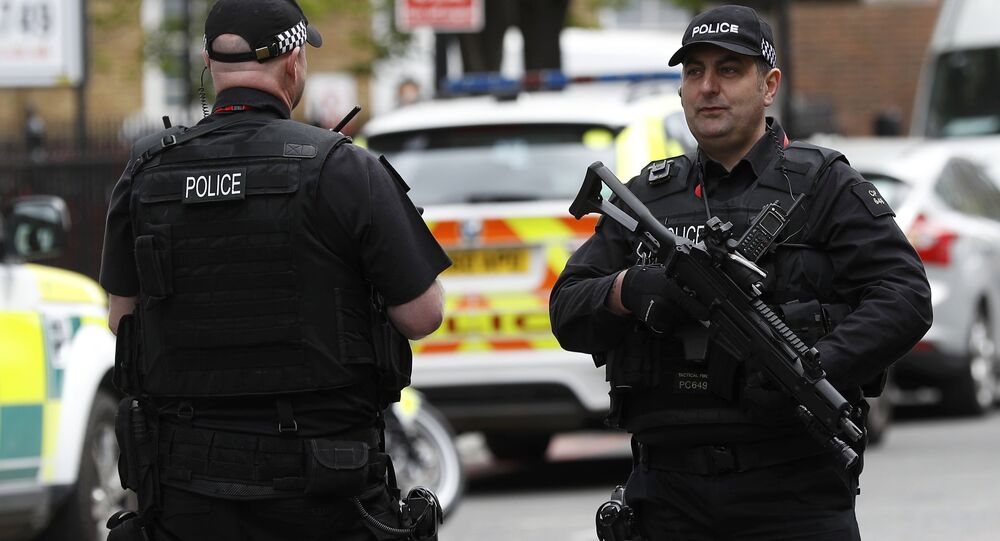 A 27-year-old man was arrested by British police on Friday in connection to the London bridge attack.

MOSCOW (Sputnik) — British police investigating the London Bridge terror attack arrested another man on Friday on suspicion of being involved in preparing acts of terrorism, a statement out Saturday read.

"Detectives investigating the London Bridge terror attack carried out a warrant, and made a further arrest, in east London on Friday, 9 June," the Metropolitan Police said.

© REUTERS / Peter Nicholls
British Police Arrest 3 More Suspects Over London Bridge Attack
Counter-terror officers held a 27-year-old man at an address in Ilford. "He was arrested on suspicion of being concerned in the commission, preparation or instigation of acts of terrorism," police said.

The man has been taken into police custody. His arrest has brought the number of suspects in detention up to six. Twelve other people who were detained in the wake of last Saturday’s van and knife attack in London were released without charge.