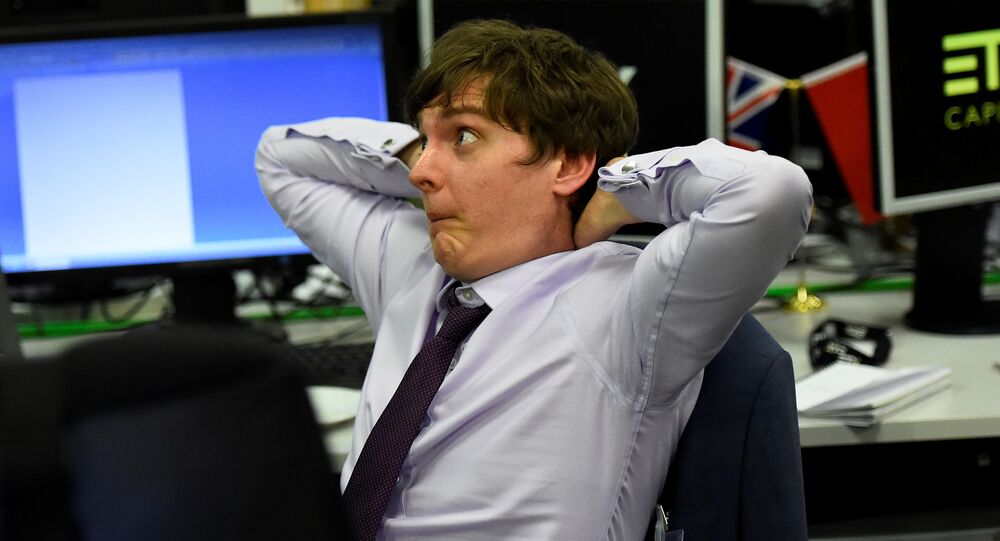 When markets closed for business on election day, it's likely many in big business and finance returned home after a hard day's work in a state of intense tranquillity. While the picture was mixed, some opinion polls suggested the Conservative party – their best friend in parliament and government – was on course to secure a majority of up to 100.

When early exit polls, released circa 10 pm, instead pointed to a hung parliament and much reduced Conservative MP count in the House of Commons, any such calm undoubtedly mutated to deep and cohering panic.

The election was no rerun of 1983, but 1974 — and Theresa May was no Margaret Thatcher, but a Ted Heath, another bungling prime minister who failed to connect with voters and lost the unnecessary snap 1974 election. With some suggesting another general election will surely soon follow, potentially before the end of the year —just as in 1974 — in the early hours of June 9, currency traders already bearish on the pound dumped yet more of their sterling holdings.

​Finance and business alike detest uncertainty — and far from restoring strength and stability to the UK, the general election has produced a whopping surfeit of ambiguity and security. Brexit negotiations are scheduled to commence June 19, and despite May securing an informal coalition agreement with the Democratic Unionist Party, it remains unclear whether she will be leading the talks. There are now serious questions to be asked about what deal the UK can and will cobble together with Brussels, and some believe the country's hand has been dealt a critical blow. The Confederation of British Industry is, to say the least, worried.

'Time to put the economy back to the top of the agenda' #GE2017 https://t.co/dFoJud2cKy

​"There has never been a more important time to refocus on the economy and plan with confidence and ambition. The next Government needs to deliver an open, competitive and fair post-Brexit economy that works for everyone across all our nations and regions. We need to move much faster to fix the foundations of the UK economy and our productivity problem. We need meaningful progress on a modern industrial strategy by the end of the year, with real change on the ground on skills, infrastructure and innovation," the group said in a statement.

The CBI is not alone. Azad Zangana, Senior European Economist at Schroders, expects a pull back in household spending and business investment that will exacerbate the existing slowdown in these areas.

"Looking ahead, there is a high chance that any Conservative minority government may not last beyond a year. It will likely struggle to pass any finance bill," he said.

Nonetheless, Zangana believes parliamentary paralysis will mean fewer changes to fiscal and economic policy — and the Bank of England is likewise unlikely to change its policies moving forward.

​However, this reticence — or inability — to change course on economic policy may well present a problem for the government — and the UK public — in itself. The shock majority victory of the Conservatives in the 2015 general election was largely attributed to the economy — Labour's economic aptitude was doubted by many, and voters were enjoying consistently rising living standards for the first time since the 2008 Financial Crisis.

A potential reason for May's failure in 2017 is that the election was held at a time of rising prices, stagnant wages and falling living standards. Moreover, many parts of the UK have been savagely wounded by government austerity policies, and constituent voters attracted to Labour's redistributive, stimulative economic approach.

​The terrorist attacks in Manchester and London starkly underlined the grave ramifications government cuts can have, and in the aftermath many voters undoubtedly questioned the wisdom of budget cuts enacted to reach deficit-reduction targets that have not been met anew. The government response to such widespread public sentiment would normally be to offer financial inducements and increase spending — especially when a post-election pound fire sale further damages living standards. However, the government simply may not be able to.

However, one thing is certain, things are only going to get ever-more difficult for the Conservatives, for as long as the party is able to stay in office — and UK voters in the process.

Brexit’s Negative Impact on UK Economy Unchanged Despite 1.4% Growth in 2017