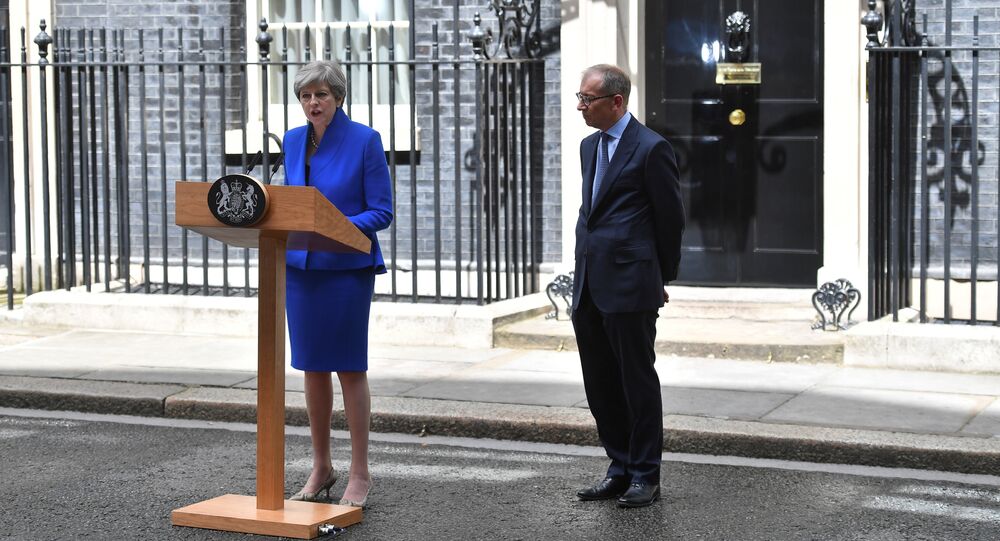 UK Prime Minister Theresa May said Friday she was given permission to form a new government to guide the United Kingdom through "crucial" Brexit talks.

"I have just been to see Her Majesty the Queen and I will now form a government, a government that can provide certainty and lead Britain forward at this critical time for our country," May said.

Her Conservative Party gained 318 of the needed 326 seats for a majority in the House of Commons in Thursday's general election. Northern Ireland's Democratic Unionist Party (DUP) reportedly gave informal backing to the Conservatives with its 10 mandates, giving May a two-vote majority.

"This government will guide the country through the crucial Brexit talks that begin in just 10 days, and deliver on the will of the British people by taking the United Kingdom out of the European Union," May said.

She added, "It is clear that only the Conservative and the Unionist party have the legitimacy and the ability to provide that certainty by commanding a majority in the House of Commons."

The latest election results indicate that all parties fall short of the 326 seats required for a parliamentary majority. As such, the election has resulted in a hung parliament, raising concerns of whether May can still be treated as a credible negotiator in the Brexit negotiations, which are due to start on June 19.

The election was called by incumbent Prime Minister Theresa May, the leader of the Conservative Party, in order to unify the parliament ahead of the Brexit talks with Brussels.