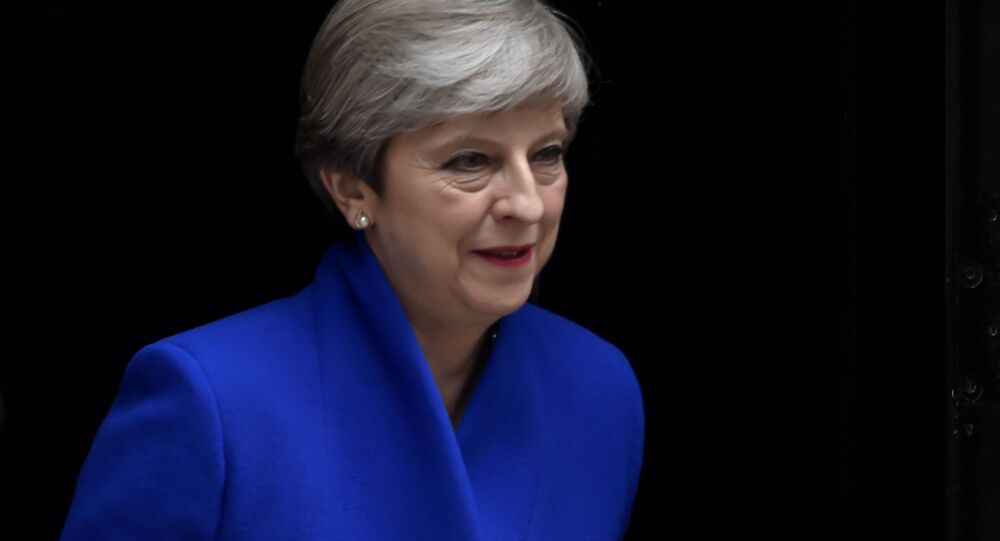 Say Hello to My Little Friends: UK to Have Weak Government 'Whatever Happens'

Following feverish overnight talks, Theresa May has struck a deal with the Democratic Unionist Party that will allow her to remain Prime Minister. While the agreement is expected to stop short of a formal coalition, a parliamentary relationship between the pair would nonetheless propel the Northern Irish party into the heart of the UK government.

May formalized the deal around 1 pm June 9 at Buckingham Palace, where she asked the Queen for permission to form a government.

The PM then put on a brave face and addressed media at Downing Street, pledging to "fulfil the promise of Brexit together" with the Democratic Unionist Party (DUP) in order to provide "certainty."

While comprehensive specifics of the covenant are yet to be revealed, it's unquestionable it will entail the Conservatives offering policy concessions to the DUP in return for parliamentary support — and given the Conservatives will depend entirely on DUP support to pass crucial votes, the indulgences extended to the Commons' fifth-largest party could be significant in some cases.

Theresa May says she will form a new government to "provide certainty" ahead of Brexit talks https://t.co/KWtO4VRI6T pic.twitter.com/2rklB5ljMp

There are suggestions the DUP will be guaranteed Northern Ireland won't be given a separate, "special" deal post-Brexit, allowing the region to maintain one foot in the European Union.

© REUTERS / Clodagh Kilcoyne
The Kingmakers: Democrat Unionists Have Given Tories Keys to Power

Nonetheless, the party will likely be largely unknown to voters in England. Established by Ian Paisley in 1971 due to disagreements with the leadership of the Ulster Unionist Party, the DUP quickly established a reputation for having strong links with local Loyalist paramilitary groups.

​Questions have also been raised over the DUP's stance on race. also have historic connections with racist elements. In 2016, DUP MP Sammy Wilson became engulfed in a scandal when he responded to a member of the public suggesting Northern Ireland should "get the ethnics out" affirmatively, saying "you are absolutely right."

For those unfamiliar with the DUP: Jeffrey Donaldson, their longest standing MP, is proud he was Enoch Powell's campaign manager. #GE2017

​Moreover, Jeffrey Donaldson, the party's longest-serving MP, enjoyed a close relationship with Enoch Powell, who gained notoriety in the 1960s for predicting a coming "race war" in the UK due to rising immigration.

"Between 1982 and 1984 I worked as Mr. Powell's constituency agent, successfully spearheading [his] election campaigns of 1983 and 1986 when the South Down seat was retained despite the fact the constituency contained a natural ‘nationalist' majority," Donaldson noted on his website.

Its 2017 and we are about to give DUP power. DUP who are:
— anti-abortion
— anti-LGBT rights
— climate change deniers

​The strongly conservative DUP is also implacably opposed to abortion. Northern Ireland is the sole region of the UK in which Victorian laws banning abortion are still in practice, and several women have been jailed for breaching restrictions. Northern Ireland is likewise the sole constituent part of the UK without equal relationship rights — and the DUP were pivotal in blocking gay marriage proposals in 2013.

Despite denying climate change, in 2016 the DUP supported a green energy scheme, the Renewable Heat Incentive (RHI), which subsequently developed into a scandal dubbed "cash for ash."

Originally intended to incentivize Northern Ireland residents to switch to renewable energy sources, RHI ended in farce when the scheme paid out more than the cost of the fuel, leaving taxpayers with a bill of up to US$486 million. A major investigation into whether DUP staff and/or supporters personally benefited from the scheme is ongoing.

​Such positions diverge significantly from official Conservative policy — but one area in which the bulk of the party and the DUP are in harmony is Brexit. The DUP fervently supported UK withdrawal from the EU, receiving over US$500,000 from a shadowy group with connections to Saudi Arabian intelligence to support their campaigning efforts. DUP-funded promotional efforts, including sponsored social media posts, garments, standard display advertising (including a wraparound advert in a London freesheet paper) filtered across mainland Britain throughout the referendum campaign.

Still, while May has been able to form a government despite her party's poor electoral performance, Westminster expert Shehab Khan questions  how "strong and stable" such a configuration would be.

"She might still be Prime Minister, but May has to pass a Queen's speech in a week's time — this will be hugely difficult, as there are many aspects of the Conservative manifesto that not every MP supported. She can be held to ransom by her backbenchers on almost everything. If she can't get it passed, Labour leader Jeremy Corbyn will be asked to form a government — although it's unlikely he'll be able to form a 'progressive alliance' given the Liberal Democrats have ruled out sharing power with anyone," Mr. Khan told Sputnik.

Wow. Is Theresa May delusional!? She's planning on appointing her cabinet! How on earth does she expect to carry on!!

​Ultimately, Mr. Khan feels whatever happens, the UK is destined to have an unstable government for the foreseeable future — and another General Election is likely soon, perhaps even before the conclusion of 2017. Moreover, he notes there is chatter around Westminster about May resigning — after all, she called a snap election in order to achieve a "stronger hand" in Brexit talks, and her government, and the UK's negotiating position, is weaker than ever before. She may well soon step down, Mr. Khan suggests.

UK Conservatives in Talks With DUP Over Coalition Arrangement