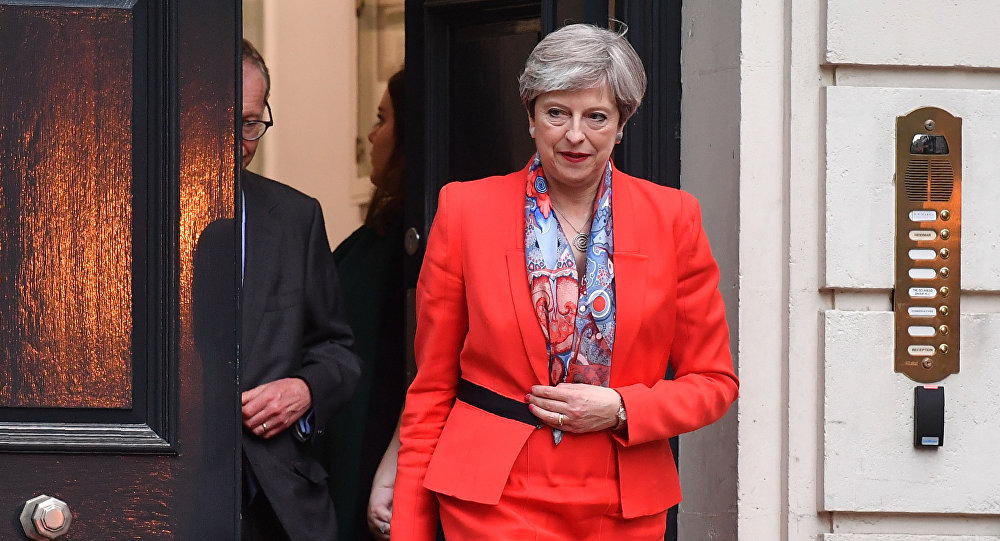 The UK PM May's Conservatives have fallen short of winning an outright majority in the parliament as 633 seats had been declared.

The Tories have so far lost 11 seats and stand at 307. The Labour party is up 28 mandates at 259, Sky News results show. The result indicates that no party will get the parliamentary majority.

© REUTERS / Phil Noble
UK PM May in Dire Straits as Brexit Election Gamble Fails to Pay Off
May needed to get 326 seats for her party to have an absolute majority, with only 16 seats left to declare. The Scottish National Party stands at 34 and the Liberal Democrats at 12.

The pro-London Democratic Unionist Party has ten seats in Northern Ireland, while nationalist Sinn Fein is at 7. Its leader said they will not take up the seats, meaning the Tories would need fewer seats to rule alone.

‌Therefore, May's resignation is now almost a certain case for the party members. The Conservative bigwigs watching the vote count at Carlton Club in London overnight are discussing the candidacies of UK Foreign Secretary Boris Johnson and UK Brexit Secretary David Davis for a new leader of the party and the country's prime minister. Some also discuss Scottish Conservative leader Ruth Davidson.

May is expected to deliver a statement on the snap elections result at 10:00 (09:00 GMT), local LBC radio station reports.