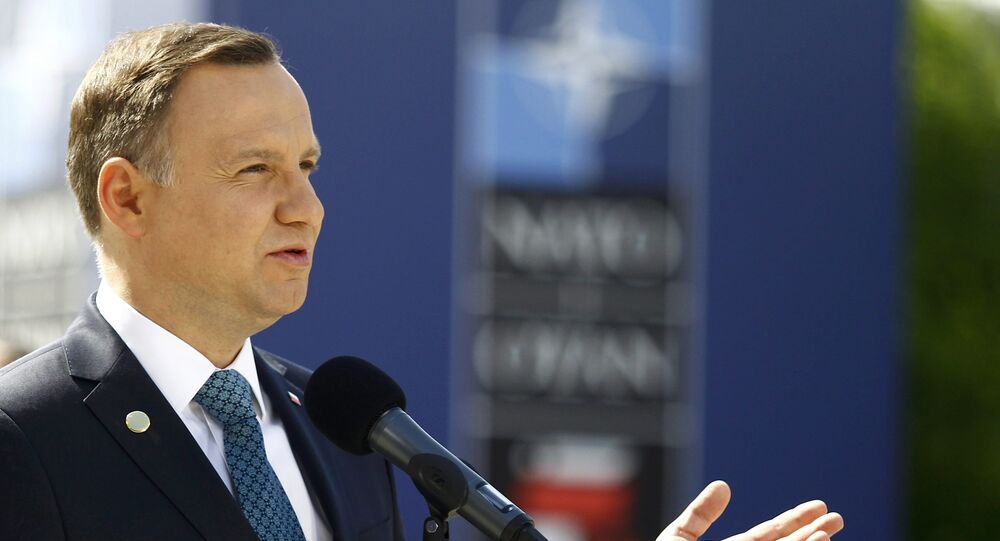 Poland will hold a referendum on accepting refugees if the European Union continues to exert pressure on Warsaw, Polish President Andrzej Duda said on Thursday.

© REUTERS / Antonio Parrinello
‘Foresight is Not Islamophobia’: Poland Explains Away Refugee Fiasco
WARSAW (Sputnik) – Last month, EU Commissioner for Migration, Home Affairs and Citizenship Dimitris Avramopoulos said that the European Commission could launch infringement procedures against Hungary and Poland if the two states did not start relocating refugees from other European states. Polish Prime Minister Beata Szydlo responded by saying that Warsaw was unable to accept refugees and would not agree with its refugee quota.

"If the pressure continues, I will ask the Senate to call a referendum," Duda said.

The president said that the referendum could be held during the parliamentary elections in 2019.

© AP Photo / Alik Keplicz
Poland Defiant in Face of Brussels Over 'Ticking Time Bomb' Refugee Crisis
"Today the Polish government’s position is univocal: we do not agree on forced relocation of refugees to Poland. I share the same position. But of this issue is raised by the European Union in the future, if there attempts to exert pressure and force, the public opinion will be extremely important," Duda added.

The mandatory EU scheme was established in 2015 and is aimed at relocating some refugees currently held in Greece and Italy throughout the bloc with a specific quota for each member state. Poand was expected to accept some 7,000 refugees under the scheme.