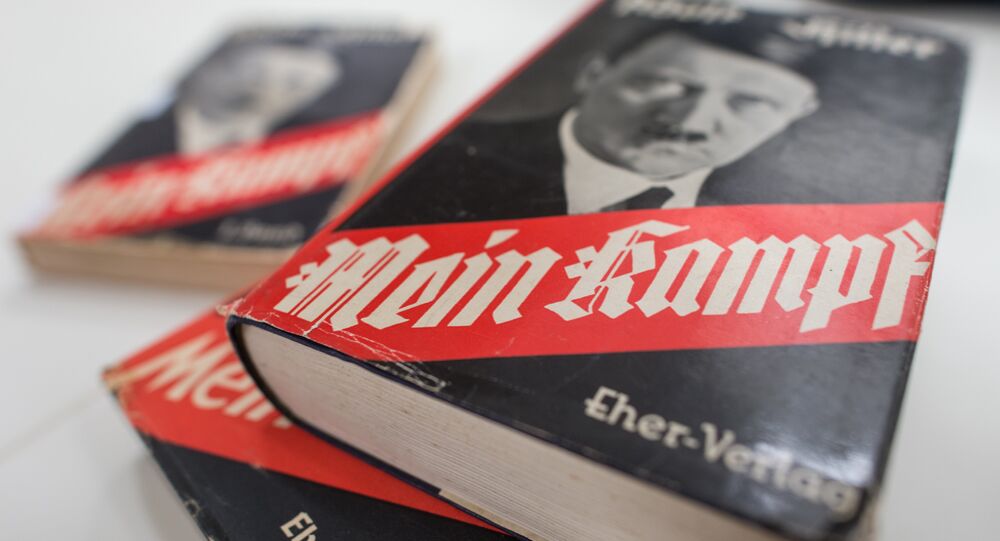 An 80-year old church bell in the western German state of Rhineland-Palatinate has landed at the center of controversy, as it’s inscribed with a swastika and a reference to National Socialist leader Adolph Hitler. But the mayor of the town of Herxheim am Berg says the bell’s not going anywhere any time soon.

Hung in St. Jacob’s church, the oldest in the town of Herxheim am Berg, the bronze bell reads "Everything for the Fatherland — Adolf Hitler.” The church was founded in 1014; in 2014 it celebrated its thousandth anniversary.

The bell has been in the town for 82 years, first brought there in 1934 to warn people of fires, according to Deutsche Welle.

It isn’t clear whether people visiting the town are aware of the bell, as it is nestled behind a thick stone wall in the church’s belfry.

But Sigrid Peters, a former organist at St. Jacob’s, found out about the bell and its inscription and is calling for its removal, telling the DPA news agency, "It can't happen that a baby is baptized and a bell with the words 'Everything for the Fatherland' is chiming."

She also pointed out that couples getting married at the church don’t know that one of their wedding bells bears a Nazi symbol and message.

Herxheim am Berg town mayor Ronald Becker contends that the bell is "widely known" in the community, calling it a "historic relic."

"There wasn't a problem before and there won't be a problem with it in the future, either," Becker insisted.

Some have suggested that the bell should be officially classified as a relic of World War II with a plaque to inform visitors of the bell and its inscription. Becker has brushed off these suggestions, claiming he doesn’t want the town to become a "cult site" for Nazi sympathizers and far right-wing elements who would want to view the bell for the "wrong reasons."

The bell belongs to the town’s municipality and not the church, and the mayor doesn’t see the point in removing it. Becker claims he has the support of 800 residents behind him.

"I have the backing of the town…[The bell] is closed in the church tower and it will remain so."