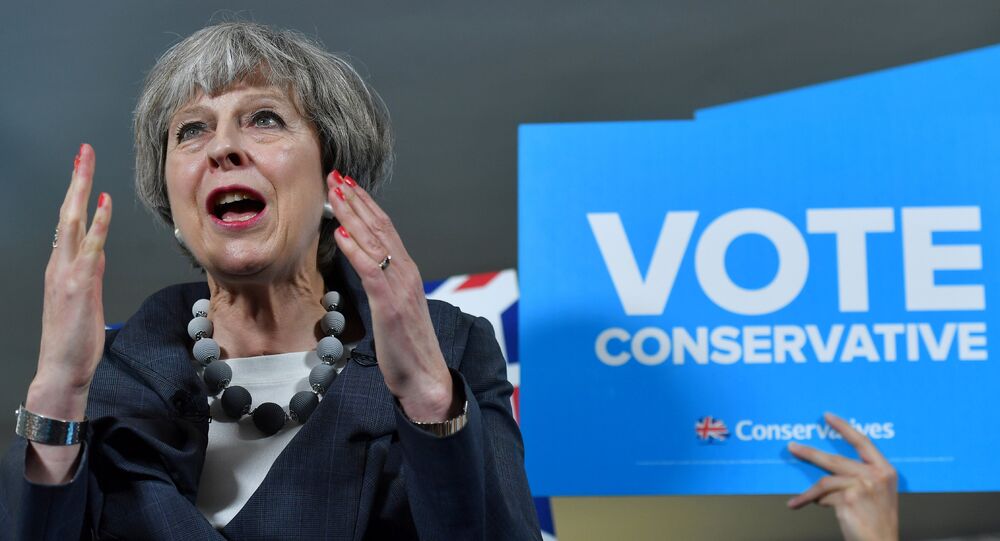 Theresa May Could Form Parliamentary Majority Despite Election Downfall

UK Prime Minister Theresa May is still likely to form a majority with the help of smaller parties despite the projection of 314 Commons seats is correct, founder of Ipsos MORI, told Sputnik.

LONDON (Sputnik) — UK Prime Minister Theresa May will face a major blow if the exit poll projection of 314 Commons seats is correct, but she is still likely to form a majority with the help of smaller parties, Robert Milton Worcester said.

"Very surprising. Not a single opinion poll has forecasted this precisely. Only one polls said the Conservatives will be 5 seats short of the overall majority, so they will have to stretch it to form a coalition," Worcester said.

The founder of the UK's second largest market research organization said the results were so close that to get six or 12 more seats "will probably not be very difficult for the Conservatives."

"There will be a couple of independent souls who would agree to help them form a majority. We have to hear from the Northern Ireland delegation, they have 18 seats, and there are also Olster Unionists who may be ready to help," Worcester added.

An early exit poll by Ipsos MORI/GfK for Sky News, BBC and ITV News put the Tories at 314 seats in the Commons, down from 330 seats and short of 12 seats needed for a working majority.