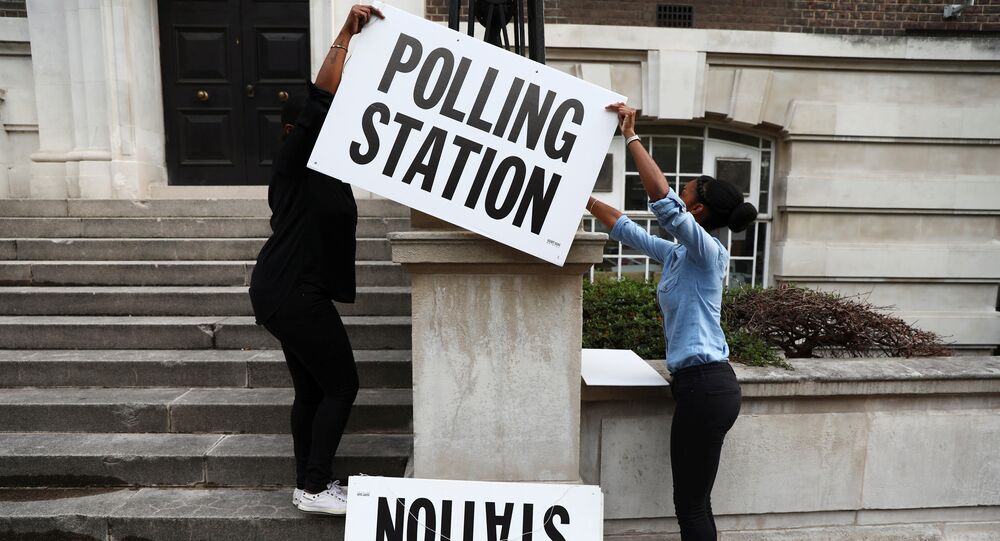 © Photo : Pixabay collage
Polls Forecast UK Conservatives’ Narrow Victory Over Labour at Thursday Election
LONDON (Sputnik) — Voters have to determine the composition of Westminster after Prime Minister Theresa May announced snap general elections in April, intending to have a united parliament by the time of Brexit implementation in 2019.

Despite the Conservatives' high popularity at the time of the announcement, the ruling party's may not have the landslide win it had hoped for, according to the polls. Recent terror attacks across the country fueled criticism over the Conservatives' security policy and specifically over the police cuts that Theresa May oversaw at the time when she was a Home Secretary. As a result, ratings of the opposition's Labour party have been gradually raising.

The Conservatives currently hold 330 seats in the parliament and aim to increase this majority. In case they narrow it to less than 326, and Labour fails to gain enough seats to reach that amount, no party will have the ruling majority, which may result in a hung parliament situation.

The polling stations will close at 10 p.m. local time (21:00 GMT), which will be followed by the official exit polls results.

The results are expected to be announced early on June 9.