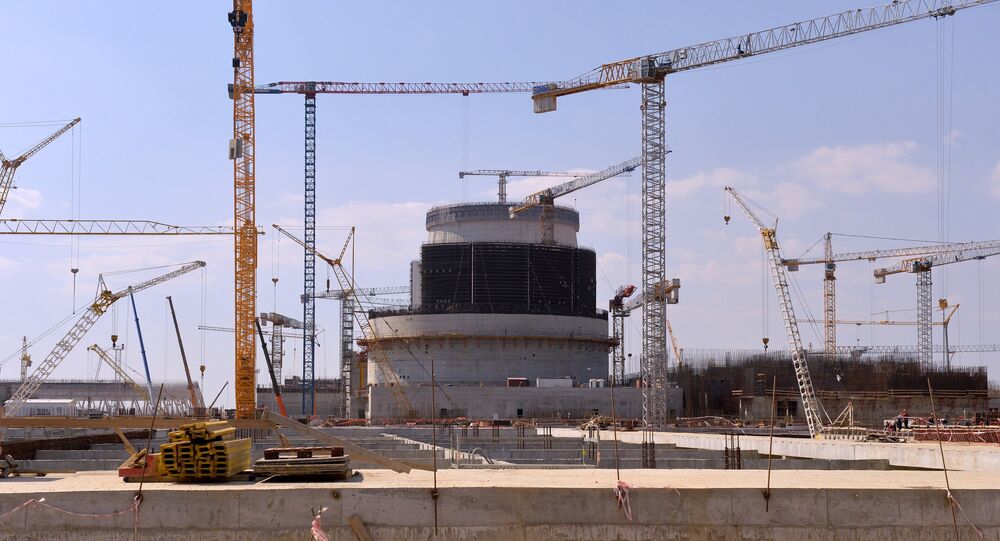 Vilnius has declared that the nuclear power plant in the west of Belarus is a threat to the national security and interests of Lithuania.

VILNIUS (Sputnik) — The Lithuanian government declared the Belarusian nuclear power plant in Grodno region a national security threat due to breaches and incidents that keep happening during its construction, the governmental press service said Wednesday.

"National security and interests of the Lithuanian people are the most important. Lithuania’s position concerning Belarusian nuclear power plant is clear and principled – the construction of the nuclear power plant in the city of Astravyets cannot continue… Nuclear security and environmental safety requirements are still not being followed," Prime Minister Saulius Skvernelis said as quoted in the statement.

The location where the plant is being built is 50 kilometers (30 miles) away from the Lithuanian capital city of Vilnius.

"Belarus didn't provide evidence that when choosing the location for construction of the Belarusian nuclear plant… an assessment had been made of the number of residents living in Lithuania, their allocation and other actions that might be significant in case of an accident," the Cabinet statement read.

© Sputnik / Ivan Rudnev
Belarus Demands Lithuania Explain Claims of Threat to Baltic States
Lithuania has strongly objected to the construction of the Belarusian nuclear power plant, calling it unsafe. It also encourages the European Union countries to refuse to buy electricity from the future plant.

Belarus insists the facility complies with the highest safety standards. Belarusian Foreign Minister Vladimir Makei told Sputnik on Friday that Lithuania's objections to the construction of the nuclear power plant are economically motivated.

The station is being built with help from Russia, and its first unit is due to start operating in late 2019.