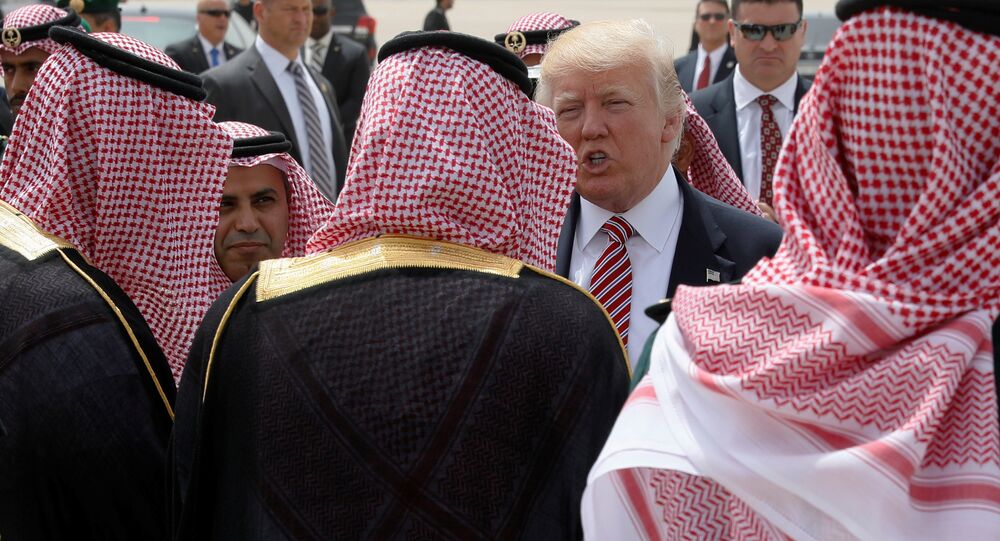 German Foreign Minister Sigmar Gabriel has launched a withering attack on US President Donald Trump for stirring up unrest in the Middle East by stoking an "arms race" and causing the isolation of Qatar that has led to diplomatic tensions in the region.

© AP Photo / Hadi Mizban
No Winners: Arab Airspace Ban on Qatar 'Destroys Public Confidence in Aviation'
Trump's recent first trip to Europe and the Middle East resulted in him signing a huge arms deal with Saudi Arabia — worth US$110 billion — involving border security and counterterrorism, maritime and coastal security, air force modernization, air and missile defense, and cybersecurity and communications upgrades, according to the White House.

He also criticized Trump for encouraging Saudi Arabia to isolate Qatar, which has had diplomatic links with the Kingdom, the United Arab Emirates, Egypt and Bahrain, all of which have closed their airspace to Qatari flights.

Relations between Berlin and Washington have been bumpy since Trump became president.

In late May, Trump tweeted that the US was running a huge trade deficit with Germany, having previously complained that too many German cars were bought on the US.

​In January, Trump told a German newspaper that German Chancellor Angela Merkel had made a "catastrophic mistake" in her 'open doors' policy towards refugees.

Gabriel's comments on Qatar and the Saudi arms deal are likely to further add to tensions between Washington and Berlin.