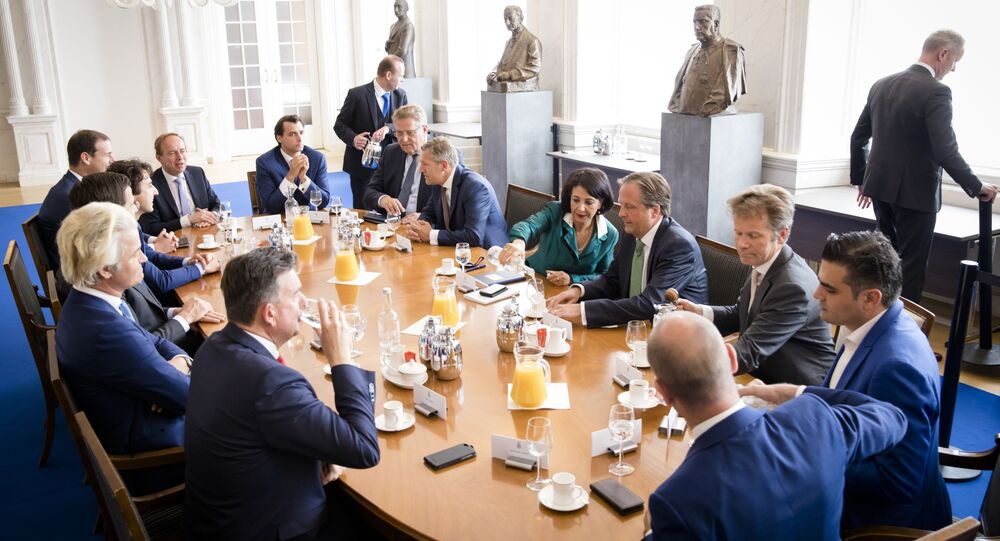 After 83 Days Without a Government, Dutch Coalition Talks Restart... Again

There were undoubtedly a great many sighs of relief across Europe when the right-wing Freedom Party failed to make headway in the Netherlands’ March 15 general election. However, June 6 marks 83 days since the vote – 83 days in which the country has lacked a government. Nonetheless, talks are scheduled to recommence, led by a new negotiating team.

Formal talks on forming a new coalition are set to resume June 6, with the leaders of GroenLinks and Christian Union (ChristenUnie) scheduled to meet and discuss which will be supporting the primary parliamentary bloc of People's Party for Freedom and Democracy (VVD), Democrats 66 (D66) and the Christian Democratic Appeal (CDA).

Both parties were part of previous, aborted negotiations — GroenLinks pulled out due to disagreement over immigration policy, while the progressive D66 balked at sharing power with the strongly socially conservative ChristenUnie.

GroenLinks leader Jesse Klaver has said he is willing to look past the deep divisions between his party and others in order to form a government, while Gert-Jan Segers has indicated ChristenUnie is happy to rejoin talks with the three major parties if their presence is supported by each one of them.

In the former case, Groenlinks' support for an open borders immigration policy may yet prove too big a sticking point to be surmountable for either side, and in the latter, D66's diametric opposition to almost every conceivable aspect of ChristenUnie's moral positioning could remain an intractable issue.

​Nonetheless, it is expected Klaver and Segers will indeed meet with Herman Tjeenk Willink, who replaces Edith Schippers as chief negotiator on her own recommendation. Schippers, outgoing health minister, quit May 29 due to their repeated failure to reach accord in the wake of the election.

In a statement, she said she had concluded talks were irresolvable, with "no possibility" that a government that could rely on a majority in both the Dutch parliament and senate could be formed. She forecast forming a government would take considerably more time.

Willink, a former senate speaker, has been involved in several government formations, most prominently in 1994 and 2010 — in the latter case, current premier Mark Rutte formed his first government. In March, Rutte's People's Party won 21 percent of the vote (33 seats) far short of the 75 seats required to form a majority government.

​There are suggestions talks on forming a new government continued under-the-radar over the extended June 3 — 5 weekend, as the public enjoyed Whit Holiday. He is said to be keen to improve relations between partners and achieve harmony before restarting official negotiations.

Far-right leader Geert Wilders, whose party ranked second with 20 seats, has said the failure of the talks "good news," and his party remains ready, willing and able to enter coalition talks.

Despite the desperation of the country's political class for a new government to be formed, and for the state of play to return to business as usual, the vast majority of Dutch political parties pledged they would not enter a coalition with the Party for Freedom (PVV) before and during the campaign, promises restated repeatedly since.