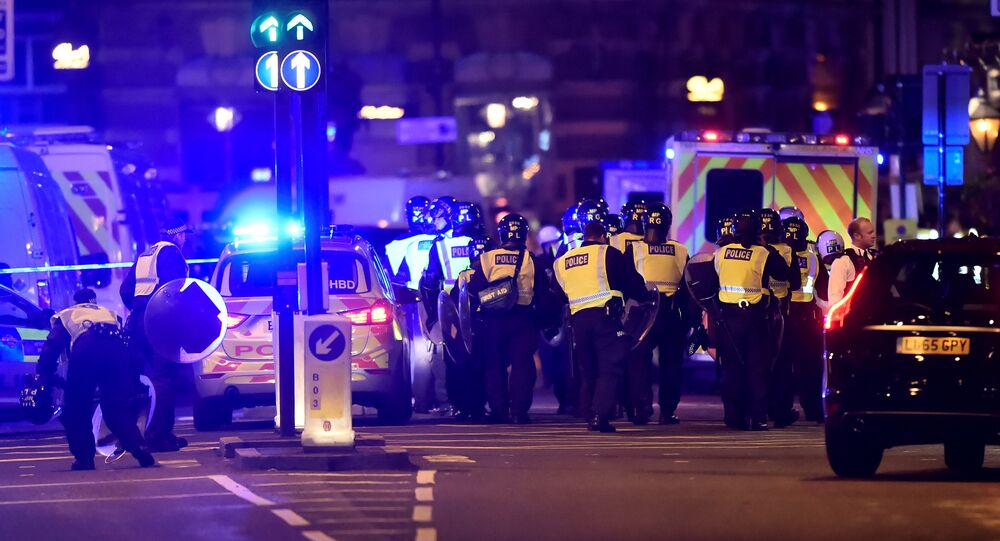 "The public can expect to see additional police – both armed and unarmed officers — across the Capital. And our security and policing plans for events are being reviewed. The public will also see an increased physical measures in order to keep public safe on London’s bridges," Rowley said as quoted in a statement published on the police website.

© REUTERS / Neil Hall
Uber Hiked Taxi Fares During Terrorist Attack in London
On Saturday, at 22:08 local time (21:08 GMT), a vehicle struck pedestrians on London Bridge. The vehicle with three suspects continued to drive from London Bridge to Borough Market, after which the suspects left the vehicle and carried out a stabbing attack at the market. The attackers were confronted by the police and shot dead within minutes.