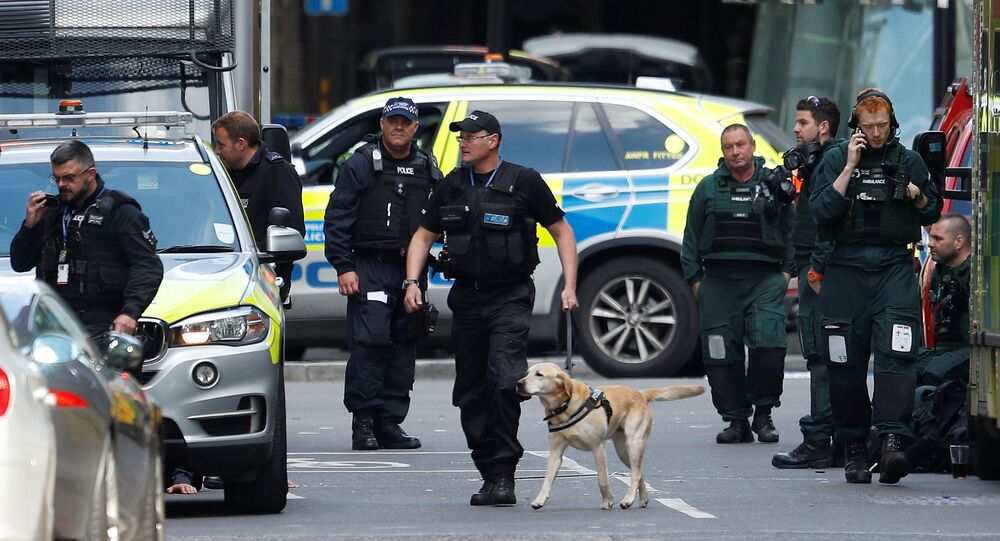 British police have arrested 12 individuals in the wake of a double terrorist attack in London.

MOSCOW (Sputnik) — UK Metropolitan Police have arrested 12 people during raids in East London following recent attacks, which claimed the lives of at least seven people, the police said in a statement on Sunday.

"Officers from the Met's Counter Terrorism Command have this morning, Sunday 4 June, arrested 12 people in Barking, east London, in connection with last night's incidents in London Bridge and the Borough Market area. Searches of a number of addresses in Barking are continuing," the statement on the website of Metropolitan Police read.

© AP Photo / Dominic Lipinski
Putin to May: London Attacks are 'Shocking in Cruelty and Cynicism'
On June 3, at 22:08 PM local time (21:08 GMT), a vehicle struck pedestrians on London Bridge. The vehicle with three suspects continued to drive from London Bridge to Borough Market, after which the suspects left the vehicle and carried out a stabbing attack at the market. The attackers were confronted by the police and shot dead within minutes.