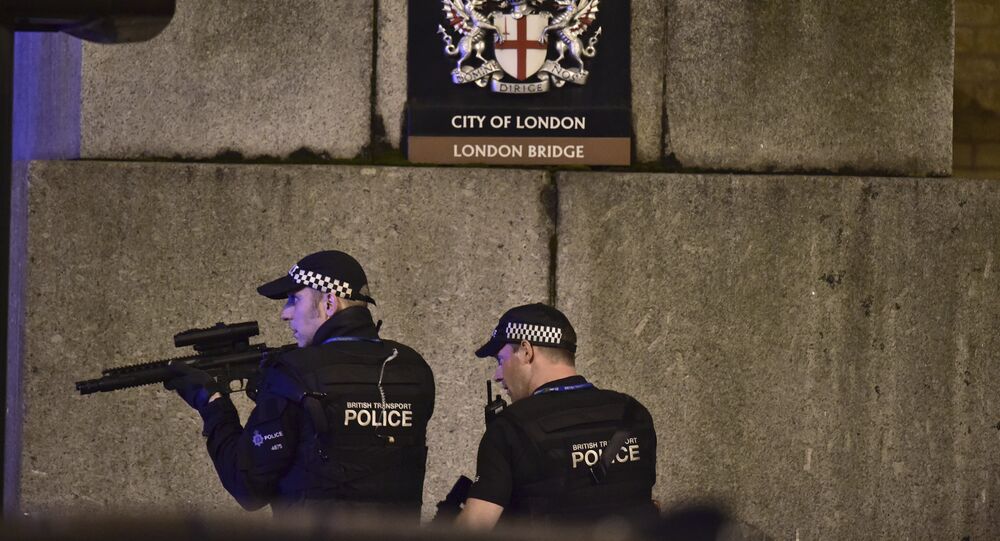 Two attackers in tonight's terrorist attacks in the London Bridge area have been shot dead by armed police, according to local reports.

The Sun newspaper is reporting that two individuals involved in the deadly terrorist attack tonight near London Bridge have been shot and killed by armed police. Scotland Yard has also confirmed that two people were killed in the attack.

It is feared there will be several more victims confirmed dead in the coming hours. Police are hunting for a third suspect.

Details are still emerging about the attack, but it seems several individuals first drove a white van into a crowd of pedestrians near London Bridge, hitting some 20 people, according to witnesses. It is believed that men then ran from the van with knives, stabbing pedestrians and entering at least one nearby business to attack patrons and staff. Some witnesses report hearing the men shout that they were acting for Allah.

London police are conducting a massive search through the city to find potential attackers, with footage emerging of police leading people with their hands over their heads to safety and reports of apartment buildings and businesses being evacuated.

The police reported that there were no more that three suspects behind the attacks.

Three major hospitals — Guy's Hospital next to London Bridge rail station and the nearby St Thomas' Hospital and the Evelina children's hospital — are on lockdown to protect their staff and patients, the hospitals said in a statement on Twitter.

The Sun also reports that up to seven people are feared dead in the incidents.