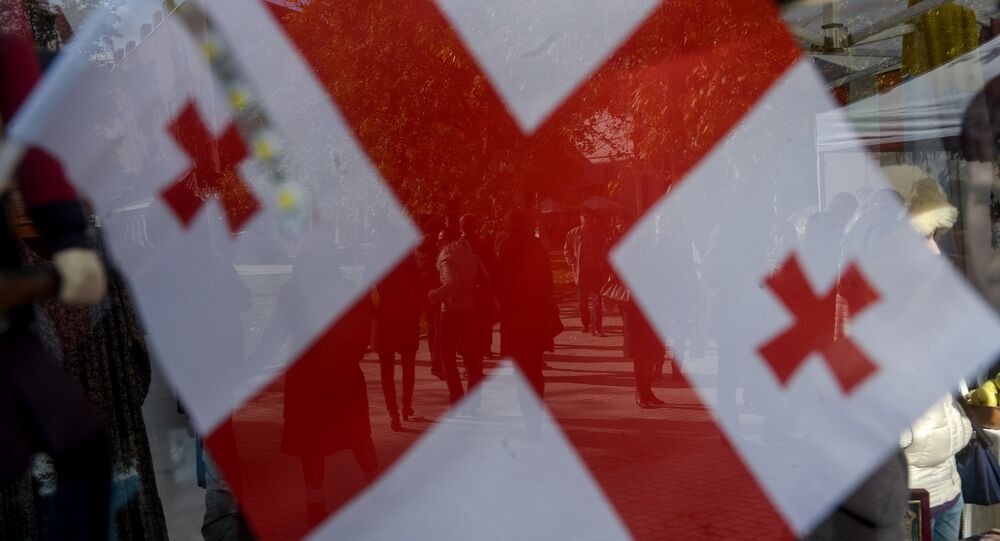 The government of Georgia had denied involvement in the abduction and handover of Afghan Mukhtarli, an Azerbaijani investigative journalist sympathetic to opposition forces, to his country's government, following accusations of complicity issued by Amnesty International and other human rights groups.

Mukhtarli was jailed May 31 for a preliminary three month stretch on charges of illegally crossing the Azerbaijan/Georgia border and smuggling money after resurfacing in his homeland, following the May 30 kidnapping. He had lived in self-imposed exile in Georgia since 2015, after investigating corruption allegations against Azerbaijani leader Ilham Aliyev.

​He was abducted May 30 in Tbilisi, snatched by plain-clothed men who spoke Georgian, bundled into a car and tied up, a bag placed over his head. On the outskirts of Tbilisi he was beaten relentlessly, before being taken over the border and handed to Azerbaijani security forces. His abductors also stuffed 10,000 euros into his pockets at the Azerbaijani border so he could be charged with smuggling, crossing the border illegally and resisting police.

In a statement, Amnesty International said Mukhtarli was at risk of torture and other ill-treatment.

​Calling the abduction a "deeply sinister" development, in a country "known for its long crackdown" on journalists and human rights defenders, Levan Asatiani, Amnesty International's South Caucasus Campaigner, said Mukhtarli was a "prisoner of conscience" detained solely for his work as a journalist.

"It seems the Georgian authorities were complicit in Mukhtarli's abduction and forced return to Azerbaijan. His family told Amnesty International he has often been followed by Azerbaijani-speaking men on the streets of Tbilisi, indicating he has been under surveillance for some time. Georgia must promptly and impartially investigate what happened and hold accountable all those involved in this gruesome operation," he added.

However, Georgian Minister of Internal Affairs Giorgi Mghebrishvili said the country's law enforcement agencies had nothing to do with the case, and no connection with it — and urged conclusions not be drawn "hastily."

President Giorgi Margvelashvili condemned the kidnap, saying the disappearance was a "serious challenge" to both the Georgian state and its sovereignty.

In a statement, Council of Europe Human Rights Commissioner Nils Muiznieks said authorities must release Mukhtarli without delay. He called allegations of Georgian involvement of any kind "very serious," and said they required the "utmost attention and urgent reaction" of Georgian authorities, urging them to carry out "an effective, rapid and independent investigation" into the events.

I am appalled by what happened to Azerbaijani journalist #AfganMukhtarli. Read my statement here https://t.co/T5soStauj7

​Despite Muiznieks' stirring call to action, it is unclear whether the European Union will practically push Georgia to hold an inquiry in any sense — or indeed if state-level Georgian involvement is proven, the country will be punished by the EU for its complicity. Such is the bloc's desperation to swallow up the country as a member state, officials have looked past many of the country's failings and shortcomings. Perhaps most significantly, Georgia refuses to recognize the independence of Abkhazia and South Ossetia — and the EU offered effusive support to the country when it invaded the latter, as a prelude to invading the former.

© Sputnik / Mikhail Voskresenskiy
South Ossetia's Referendum to Join Russia Could Be Delayed in 2017 - President
Despite the intervention being unprovoked, and much-encouraged by US planners, it was Russia — which dispatched troops to the region to protect local residents — that received the entirety of Western ire for their role in the saga. Ever since, Tbilisi has consistently stated the independent republics are part of Georgia. There are also suggestions Georgia is blocking attempts by the government of South Ossetia to hold a referendum on joining the Russian Federation in 2017.

Moreover, while much has been made of Georgia's shift towards liberal democratic standards since its 2003 "Rose Revolution" — a violent upheaval that may well have been organized largely by Western interests — various sources dispute the country's progress in various regards. In fact, there is much to suggest the country has become more authoritarian and dictatorial — for instance, while in 2003 Georgia stood at 73 in Reporters Without Borders' international press freedom rankings, a decade later it had fallen to 100.

A 2012 Freedom House report on the state of democracy in the country also suggested there had been little progress on democratic reforms, with the country's institutions largely being as "free" as they had been prior to 2003. The report concluded Georgia remained a "transitional government or hybrid regime" — there had been no major changes compared to 2003, and Georgia's overall democracy score stood at 4.82 out of seven (a score of one being the most democratic, seven an authoritarian regime). It further stated elite-level corruption remained a severe challenge, and Georgia's prison population had reached a record high. World Prison Brief data for 2017 shows Georgia still scores highly in this regard, having the third largest per capita prison population in Europe — one prisoner for every 254 citizens.

Nonetheless, despite these anti-democratic, war-mongering efforts, in March the EU adopted measures allowing Georgian nationals to visit the EU for a period of up to 90 days in any 180-day period without a visa.

© Sputnik / Mikhail Palinchak
Top US Think Tank Says NATO Should Swallow Up Georgia, Macedonia, Bosnia & Ukraine
It is unlikely Georgian complicity will dent NATO's obsessive drive to absorb Georgia into its clutches either. Georgia was first promised eventual NATO membership at the bloc's 2008 summit in Bucharest.

While France and Germany blocked the country from receiving a Membership Action Plan, the first step towards full integration, the country has proven a most servile non-NATO ally to the US ever since, contributing thousands of troops to "peacekeeping" missions in Afghanistan, Africa, Balkans and Iraq.

For their part, Georgia's own leaders are determinedly pushing ahead with plans to join the EU and NATO, despite polls in April suggesting 82 percent of the public supports or somewhat supports maintaining close relations with Russia.

Still, despite the country's failure to reform in certain areas, Georgia has improved its standing in the World Economic Forum's Travel and Tourism Competitiveness Report. Its most recent survey placed the country 70th out of 136, making it a tourist friendly country.