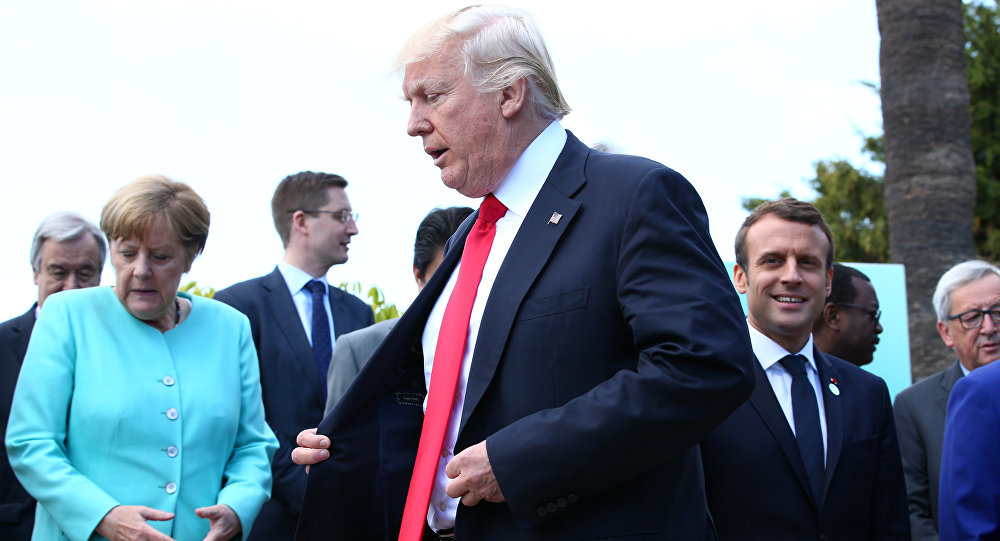 Germany Disappointed Over US Exit From Paris Climate Accord

German government spokesman Steffen Seibert expressed Berlin's disappointment with US President Donald Trump's announcement that Washington would withdraw from the Paris climate according accord.

BERLIN (Sputnik) — On Thursday, US President Donald Trump said that US would no longer be part of the Paris climate agreement because it hurts the US economy while unfairly benefiting other nations. The move has been widely criticized.

However, the Germany-US cooperation will remain close despite the United States' withdrawal from the Paris climate agreement, Seibert said.

"Even after the US withdrawal from the Paris climate agreement, it is quite clear that the ties between Germany and the US are extremely close. Not only between politicians, but also in economics, science, culture," Seibert said at a briefing.

© REUTERS / Osservatore Romano
Vatican Outraged Over US Exit From Paris Climate Deal, Calls it 'Slap in the Face'
During last week's NATO summit, several EU countries' leaders and top officials discussed the Paris climate deal with Trump, who has repeatedly criticized the agreement.

After a meeting with Trump, European Council chief Donald Tusk said that the stances of Washington and Brussels on climate and trade still differ. Moreover, newly-elected French President Emmanuel Macron during bilateral talks called on the US leader to review his stance on the Paris climate deal.

© AP Photo / Evan Vucci
Trump Reportedly Decides to Exit From Paris Climate Deal Despite EU's Objections
Trump's decision would continue his administration's attempts to reduce former US President Barack Obama's legacy to nothing following the moves to withdraw from the TPP free trade deal, as well as to review several environmental initiatives of the previous administration.

US Out of Paris Climate Accords; Free Speech vs. Hate Speech