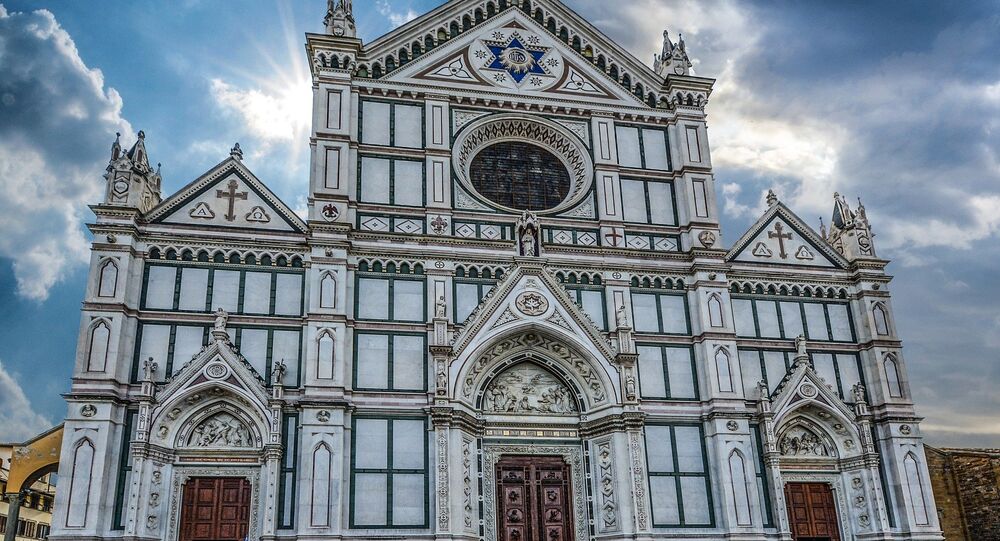 The Mayor of Florence has taken drastic action to try and stop tourists from sitting on the steps of the cities churches and eating. Mayor Dario Nardella announced the recent initiative, stating that from now on water will be poured on the steps of cathedrals, to clean the space and discourage hungry tourists.

"From today, we'll be experimenting with a very simple measure: pouring water over the church steps to clean the spaces, and hopefully discouraging people from eating, drinking and making a mess there," Nardella told reporters.

"If tourists want to sit there, they'll get wet," he said.

"Florence is full of cafes with outdoor seating, tables, and benches. The churches aren't restaurants; they are religious and cultural sites," Nardella added.

​The first places to get the treatment were the areas by the Basilica of Santa Croce and Santo Spirito church. Nardella said that after the initial "experiment," city authorities would evaluate whether the project should be extended to other areas, such as pavements.

​However, the latest move has not gone down well with locals; who took their anger onto social media and decided to criticize the move.

They complained that the mayor would only be deterring tourists away from the city and his latest action to clean up the steps by the cathedral is elitist as it targets tourist who can only afford to eat takeaway food as opposed to items from pricey restaurants.

"Nardella wants to soak the steps of churches to stop tourists from sitting down to eat. What horror, the rabble that doesn't go to restaurants," one local said.

Others pointed out that in the current 30°C heat, people who eat on the steps might not mind the showering of water to cool them down.

@DarioNardella True and agree, but there should be more public places for picnics available, as it is here in London. pic.twitter.com/SP1NhkK91H

The mayor later confirmed that they would not use water cannons on tourists, but that they are simply trying to clean the church steps and pavements during lunchtime.

He further emphasized that the city was "in no way against tourists, but against those who do not respect Florence."