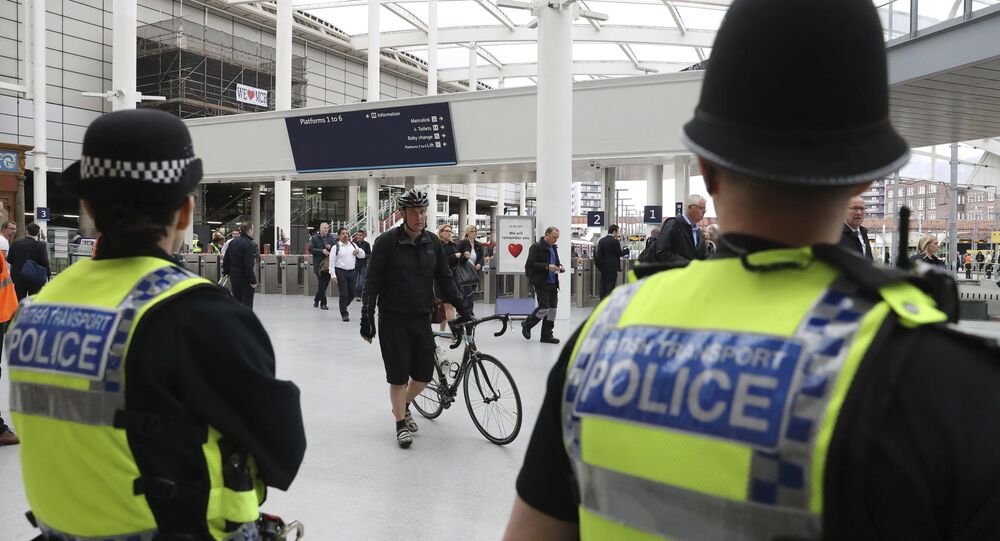 Chief Constable of Greater Manchester Police Ian Hopkins said that Manchester bomber Salman Abedi was known to the police only for minor crimes.

"Obviously there has been a lot said in the media and what I would just say to people is just be careful of some of the reporting that is going on because honestly we don’t know everything at this stage. So what I do know about Abedi, the terrorist, is that he was known to the police for some relatively minor matters, theft, receiving stolen goods, minor assault. Those were in 2012… Now of course we continue to check records going back and the Home Secretary announced yesterday that the security service are going to review what they knew as well," Hopkins said on BBC Radio.

© AP Photo / Emilio Morenatti
What Did They Know and When Did They Know It? UK Launches Internal Probe Into Intel on Manchester Bomber
Last week, reports emerged that Abedi was known to UK's Security Service, MI5, which had somehow missed warnings about the attacker.

On May 22, a deadly blast occurred outside the Manchester Arena at the end of US singer Ariana Grande's concert, killing 22 people and injuring over 120. The Islamic State terror organization (IS, banned in Russia) has claimed responsibility for the attack.

The UK police have identified 22-year-old Abedi as the individual they suspect of having perpetrated the attack and currently are carrying out investigation into a suspected Islamist network behind the incident.