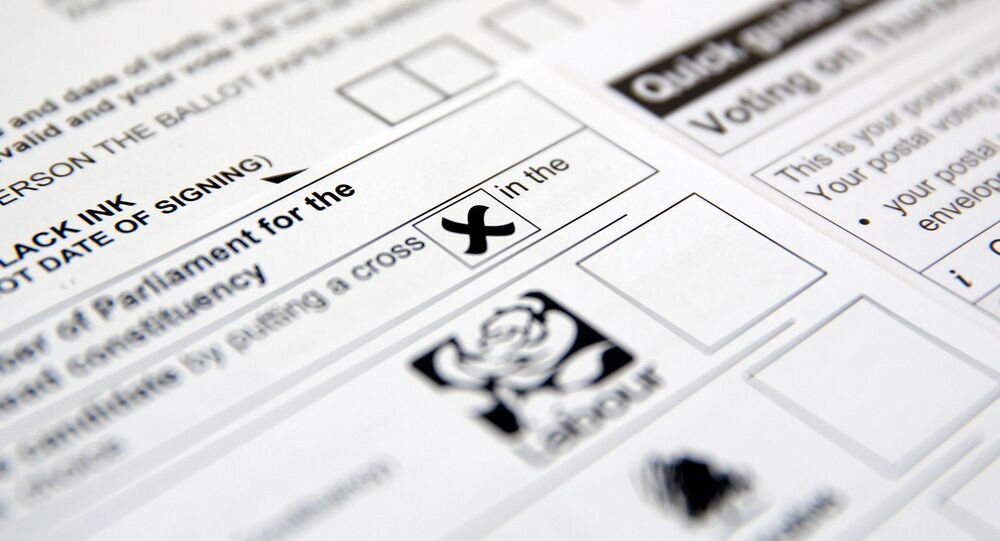 The Manchester attack is not likely to affect the undecided voters in six UK constituencies, namely Hartlepool, Birmingham, Cambridge, Glasgow, Wells and Harrow, according to the poll.

© AFP 2021 / Oli SCARFF
UK Election Campaigns to Stay on Hold Over Manchester Attack Until Next Notice
MOSCOW (Sputnik) — The majority of swing voters from focus groups formed in six UK towns and cities believe their vote in the general election on June 8 will not be influenced by the Manchester attack or the political parties’ response to the tragic event, a poll conducted by Britain Thinks and The Guardian said on Monday.

The undecided voters in six constituencies, namely Hartlepool, Birmingham, Cambridge, Glasgow, Wells and Harrow, said that the events are not likely to affect their vote, while some of them still implied that the attack brought up the question of who will be the strongest leader during a crisis, the newspaper said.

© AP Photo / Rui Vieira
Manchester Blast May Affect Election Chances of Tories Lobbying to Cut Migration - Lawmaker
Some of the voters also raised concerns about security measures, with voters from Hartlepool demanding to deport or send to jail "anyone on the [watchlist] or anyone related to anyone on the list."

On May 22, an explosion occurred outside the Manchester Arena at the end of US singer Ariana Grande's concert, killing 22 people and injuring over 120. In the wake of the attack, the national election campaign was suspended for several days and only resumed on Thursday.