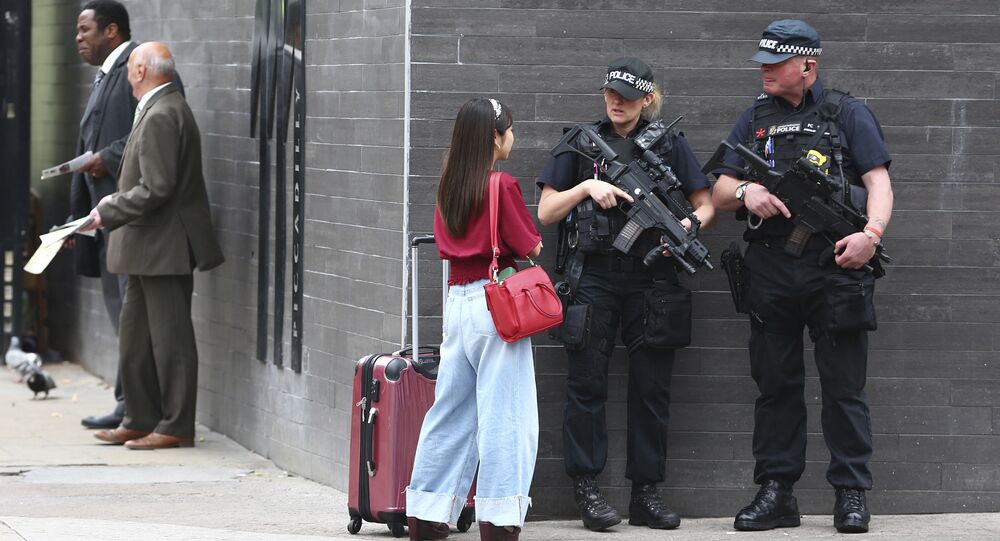 MOSCOW (Sputnik) — On Monday night, an explosion went off at the Manchester Arena at the end of a concert of US singer Ariana Grande, leaving at least 22 people, including minors, dead and dozens more injured.

"Potentially… It is an ongoing operation," Rudd said in an interview with the BBC broadcaster, answering a question on whether any members of the network related to Abedi could be at large.

© AFP 2021 / Oli SCARFF
British Police Release Photo of Manchester Bomber From Night of Attack (PHOTOS)
The issue of the members of the attack perpetrator's group being on the loose cannot be taken off the table while the operation is "at full tilt," Rudd specified.

A total of 13 people have been detained by the UK authorities in the attack probe. Rudd noted that 11 people remain in custody in relation to the investigation.

On Thursday, media reported that the UK authorities were informed of the threat posed by Abedi as at least five different people informed them about the man's extremist views over the recent five years.

"The intelligence services are still collecting information about him and about people around him, but I would not rush to conclusions, as you seem to be, that they have somehow missed something," Rudd stressed, commenting on whether or not Abedi was on the surveillance list of the security services.

On Saturday, UK Prime Minister Theresa May announced that the terrorism threat level in the country was reduced from "critical" to "severe," which means that a terror attack is highly likely. The "severe" level was introduced on Wednesday in relation to Monday's deadly attack.