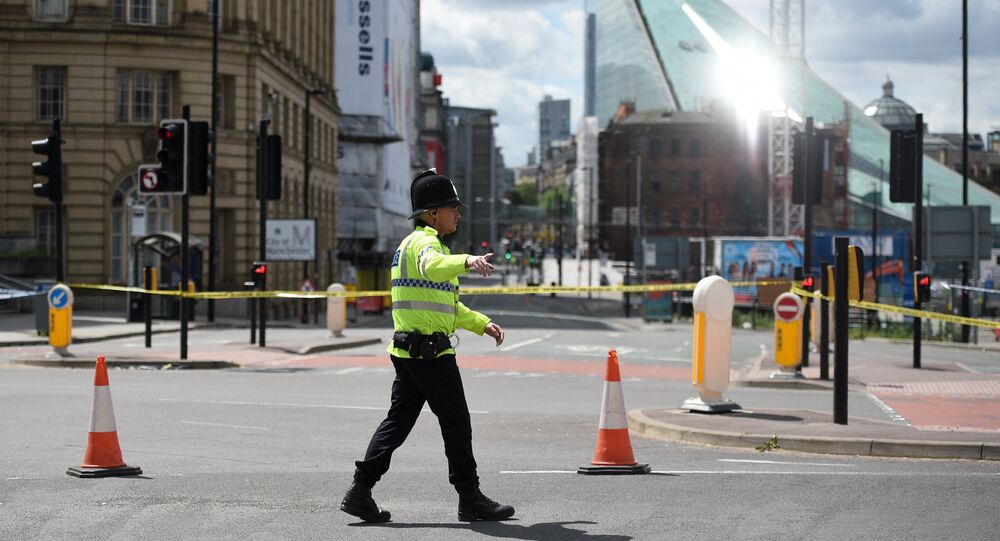 British police have released surveillance camera images of Manchester concert bomber Salman Abedi taken on the night of the attack.

The police released the stills taken from CCTV footage on Saturday. They are appealing to the public for more information about the bomber and the days leading up to the attack, in which 22 were killed and nearly 120 wounded following an Ariana Grande concert.

"In the past five days, we have gathered significant information about Abedi, his associates, his finances, the places he had been, how the device was built and the wider conspiracy," Greater Manchester Police Chief Ian Hopkins and National Coordinator of Counterterrorism Policing Neil Basu said in a statement.

"Our priorities are to understand the run-up to this terrible event and to understand if more people were involved in planning this attack."

© REUTERS / Police Handout
Salman Abedi, the bomber behind the Manchester suicide bombing, is seen in this image taken from CCTV on the night he committed the attack in this handout photo released to Reuters on May 27, 2017.

Abedi, 22, a Briton of Libyan descent, also died in the attack.

A sweeping counterterrorism operation has been underway since the attack on Monday, with 11 arrested, including two picked up on Saturday. Abedi's father and brother have also been detained in Libya. Two of those arrested were later released. UK police have reported finding explosives and other devices at several of the houses they have searched.

The police have also issued a timeline of events leading up to the attack Monday night, and statistics about what they have found in their ongoing investigation.