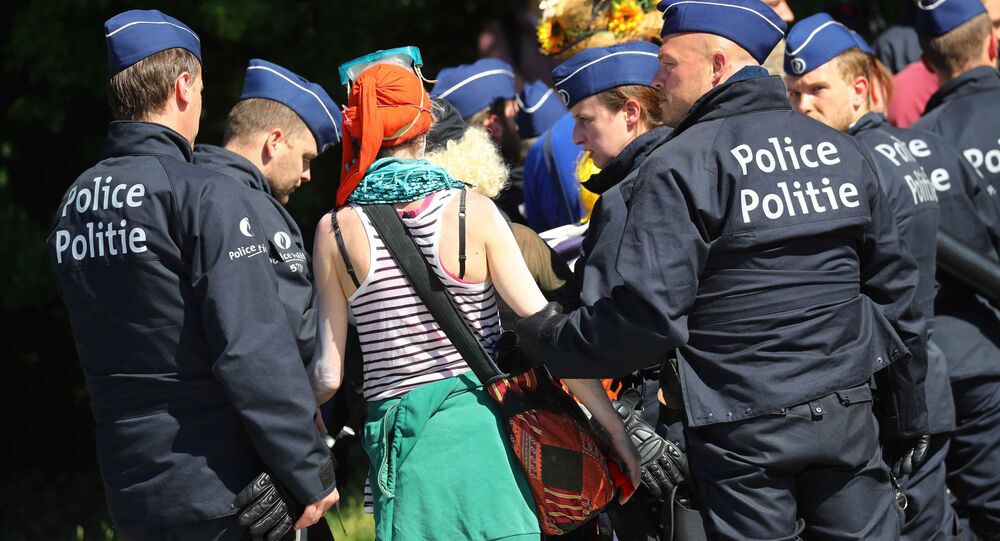 Activists of several pacifist organizations held protests against the NATO summit on Thursday near the alliance's headquarters in Brussels, local media reported.

BRUSSELS (Sputnik) – On Thursday, the Belgian capital began hosting a meeting of NATO leaders with the the participation of first-time attendee US President Donald Trump.

“We are holding a peaceful demonstration while behind our backs participants of the NATO summit will state that they want peace at the same time resorting to military means. NATO must be dissolved, it tries to find reasons for its existence,” Stephanie Demblon, representative of the Agir pour la Paix pacifist organization said, as quoted by the RTBF media outlet.

© Sputnik
Thousands Protest Against Trump's Visit in Brussels (PHOTO)
The agenda of the NATO summit includes such issues as the alliance's role in fight against terrorism and burden-sharing across the bloc. No final communique is expected to be adopted.

The summit was also accompanied by a continuation of Wednesday's anti-Trump protest, which was attended by at least 9,000 participants, according to local police.