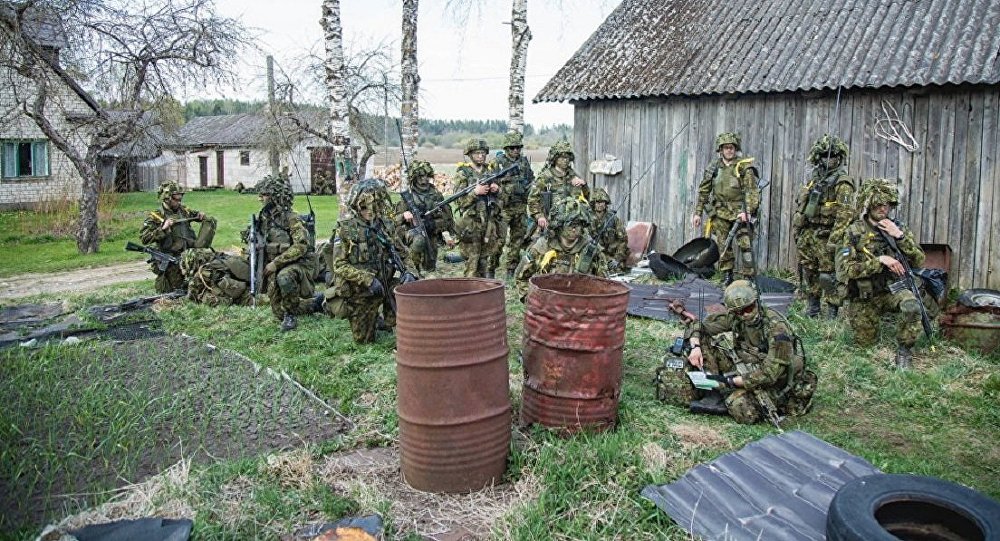 Numerous incidents haunted NATO's Spring Storm 2017 large-scale exercise in Estonia till the very end. In one of the most recent incidents, a local resident in the Kadrina Volost district of Estonia fired warning shots at NATO troops who were trespassing on his territory. The troops were taking part in the final stage of the drills.

According to Stolitsa.ee the incident took place on May 25 when the local police received a call saying that a 56-year-old resident of Ohepalu village threatened the NATO troops and shot a gun to warn them.

No one was hurt during the incident however; criminal proceedings have been launched against him. He could face a fine or even imprisonment to up to five years.

Along with Estonian troops, about 2,300 foreign troops from over a dozen NATO countries are also taking part.

The exercises lasted for three weeks and ended on Thursday at the central army training ground in Estonia, the General Headquarters of the Defense Forces of the Republic reported.

However, these drills saw an unprecedented amount of incidents. Managing such a mixed military force became a headache for the organizers of the drills. The lack of coordination skills between the participants and their unfamiliarity with the area, resulted in a large number of accidents.

On May 19, there were two accidents involving military vehicles. Near the village of Soonurme a British armored personnel carrier crashed into a ditch. The 35-year-old driver and the 33-year-old shooter were hospitalized with bruises and fractures. 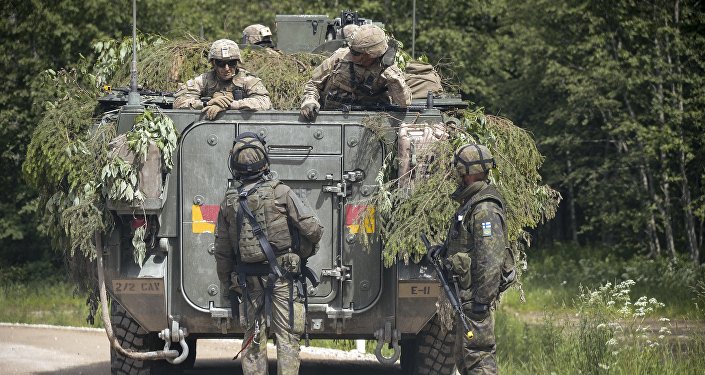 © Sputnik / Sergey Stepanov
20 Aircraft to Take Part in NATO Drills in Estonia
A few hours earlier, on the same section of the route, an army jeep, moving in reverse, drove into a civilian car, thankfully nobody was injured in this accident.

On May 17, a military vehicle near the village in Aidu Ida-Viru County hit a high-voltage power line with an antenna, injuring two people.

A day earlier, on May 16, at a training ground in Mianniku, a serviceman was hit by a truck while it was reversing. The man was administered first aid on the spot and was later taken to the North-Estonian Regional Hospital.

Shortly before the war games kicked off, Estonian authorities released leaflets containing recommendations for civilians for the period of the drills. In particular, there were instructions in the event of property or infrastructure being damaged in the course of the exercise.

Not all local residents are happy with international troops chaotically moving through their areas. Many people are also complaining about the increased risk of road accidents, noise and damage to the roads from armored vehicles.

In April, local media reported that Estonia’s infrastructure was totally unprepared for such a large-scale exercise. For example, it turned out that the barracks in the town of Tapa could not provide a roof over the heads of French and British troops. As a result, hundreds of Estonian conscripts were moved out of the barracks to a tent camp nearby.