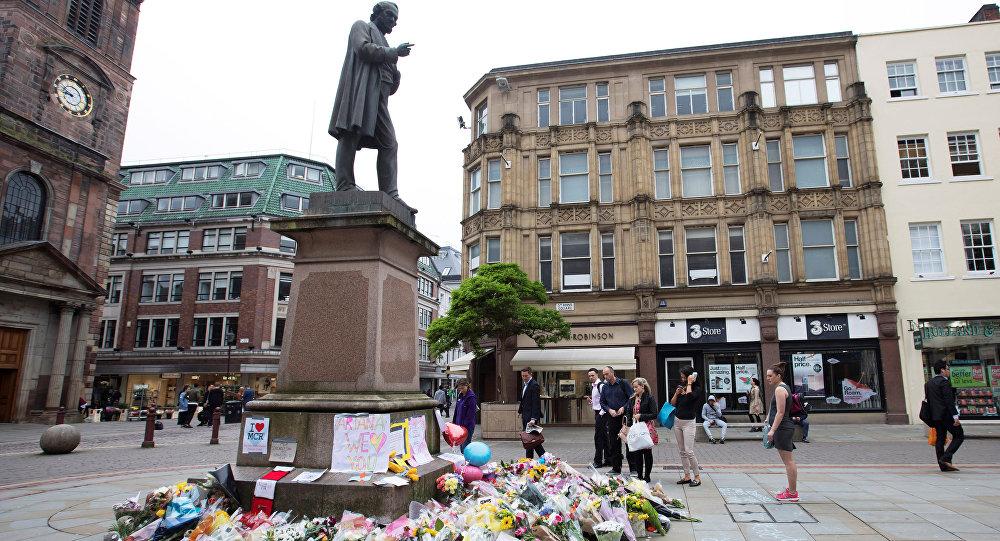 Over the last few years, Europe has repeatedly become a target of terrorist attacks. Experts believe that France, Germany and now the UK have been chosen by terrorists for certain reasons. In an interview with Sputnik Turkey, two Turkish experts explained why Daesh chose Manchester, UK, for its latest terrorist attack.

© REUTERS / Stefan Wermuth
Manchester Attack Victims Include Polish Couple Who Had Just Posed for a Selfie
Answering the question of why the United Kingdom has repeatedly become a target of terrorist attacks over the last few months, Turkish experts in an interview with Sputnik Turkey explained that in this way terrorists want to influence British foreign policy and the decisions made by the British government regarding the fight against Daesh in the Middle East.

According to Abdullah Agar, security expert and former security officer of the Turkish Armed Forces, terrorists have chosen new tactics amid the defeats they recently suffered in Iraq and Syria.

"The group [Daesh] has most likely chosen the tactic of dividing terrorists into small groups and organizing attacks in those countries that strengthen the fight against terrorism, in order to create panic, chaos and a feeling of helplessness among the population, and to influence the policy of decision-makers at the state level in these countries, in this case, in the UK," the expert told Sputnik Turkey.

In his turn, the director of the Institute for National Defense and Security at the Center for Turkish-Asian Strategic Studies (TASAM), Tolga Sakman, believes that the problem of terrorism should be tackled by fighting the propaganda of radical ideas and strengthening the positions of the central governments in Middle Eastern countries.

"There is a lot of disagreement between regional forces and superpowers which gives any illegal organization an opportunity to carry out terrorist activities. To reduce the level of the terrorist threat, they should draw up their intentions under the common denominator. Sharing intelligence within a common goal is an effective tool in the short run. The second effective tool is to prevent the spread of propaganda, the source of terrorism, and to reduce the influence of this propaganda. All this should be carried out along with the main efforts to fight terrorism," Sakman said.

The expert also stressed the importance of a strong central government. According to Sakman, the international community should support central governments in the Middle East and back up their efforts in fighting against radical groups.

"If all the countries in the region are ruled by a strong leader, based on their internal dynamics, there will be stability. Such an organization as Daesh that uses religion for its own purposes can only then lose its power, when Islamophobia in non-Muslim countries weakens and the number of Muslim representatives and the level of their qualifications increases in the region and beyond," the expert concluded.

On March 22, 2017, a terrorist attack took place in the vicinity of the Palace of Westminster in London. Khalid Masood, 52, hit several people while driving on Westminster Bridge. He then tried to enter the Houses of Parliament, armed with a knife. After stabbing a police officer, who was later confirmed dead at the scene, the attacker was shot.

On Monday night, an explosion took place outside Manchester Arena at the end of US singer Ariana Grande's concert, claiming the lives of 22 people and injuring over 120 others. The Daesh terror organization has reportedly claimed responsibility for the terror attack.

A day after the blast, the British police detained a man in London on suspicion of plotting another terror attack.