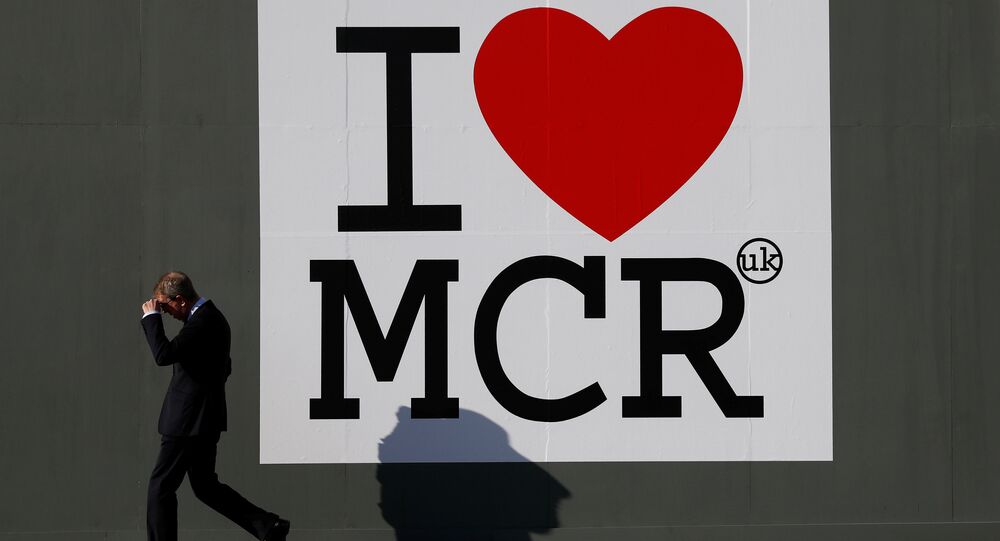 More details have begun to emerge about the 22 victims of the suicide bomb attack in Manchester on Monday (May 22). The dead include a Polish couple who had just taken a selfie in the city center.

Angelika and Marcin Klis, who lived in York, had not attended the Ariana Grande concert at the Manchester Arena but were there to pick their daughters up.

Rest in Peace Angelika and Marcin Klis, both killed going to pick their children up from the concert 😢🙏🏼 #manchesterattacks pic.twitter.com/kAYxLxK9VM

An off-duty police woman, Elaine McIver, was also among the dead.

Tribute from the family of Elaine McIver pic.twitter.com/dnxdCrx7m2

"Elaine just loved life, and had a major love of music. Despite what has happened to her, she would want us all to carry on regardless and not be frightened by fear tactics, instead she regularly urged us all to rise up against it," her family said.

The city's two famous football clubs, Manchester United and Manchester City on Thursday (May 25) jointly offered US$1.3 million towards an emergency fund which has been set up to help the victims' families.

United won the Europa League final in Stockholm on Wednesday night and Paul Pogba, who scored the first goal, dedicated the trophy to the victims.

A minute's silence was held in Manchester on Thursday morning and immediately afterwards people gathering in the city center broke out in a spontaneous rendition of "Don't Look Back In Anger" by Oasis, the city's most famous rock band.

The Lord Mayor of Manchester, Eddy Newman, and council leader Sir Richard Leese joined hundreds of people in St. Anne's Square, where a huge tribute of flowers, candles and messages has emerged since Monday night's attack.

At st Anne's s square today in Manchester.Heartwarming support from our city for the youngsters lost & there families.My heart is with you.x pic.twitter.com/bxgIIHRHoC

Two women waiting to collect their 15-year-old daughters were among those who died.

Alison Howe, 45, and Lisa Lees, 43, both from Oldham, near Manchester, were waiting in the foyer of the arena when Salman Abedi, 22, detonated a home-made device packed with nuts and bolts.

Thoughts are with her friends and family 💕 #Manchester pic.twitter.com/HinnIXlMHc

Their friend, Sarah Barker, wrote on social media: "Could not of wished for 2 nicer ladies.

"Alison Howe was the first person to talk to me and make me feel welcome when [my daughter]  Sisley started dancing… you were gorgeous wonderful woman and Lisa Lees what can I say, beautiful inside and out and we must of been sisters as you say my Mum was your second mum."

Greater Manchester Police has stopped sharing intelligence with their colleagues in the US after pictures of the remains of Abedi's device were leaked to US media.

But 14-year-old Nell Jones, from Goostrey, Cheshire, did not make it. She was among those killed instantly by the blast.

Sorrell Leczkowski, 14, from Leeds, died in hospital a few hours after the explosion, with her mother and grandmother by her bedside.

A friend, Mark Burton, posted on social media: "Fourteen and not even lived your life yet, you'll be sadly missed by us all."

The teenagers traveled to the concert from their homes in South Shields, near Newcastle.

Their families put out a joint statement in which they said:

"Their wings were ready, but our hearts were not."

Eilidh McLeod, 14, had traveled all the way from her home on the island of Barra in Scotland's Outer Hebrides for the concert. She died and her friend Laura MacIntyre is in a serious condition in hospital.

Other victims named on Thursday include Philip Tron, 32, from Gateshead, near Newcastle, who had attended the concert with his partner's daughter, Courtney Boyle, 19.

All Victims of Monday Deadly Terrorist Attack in Manchester Identified