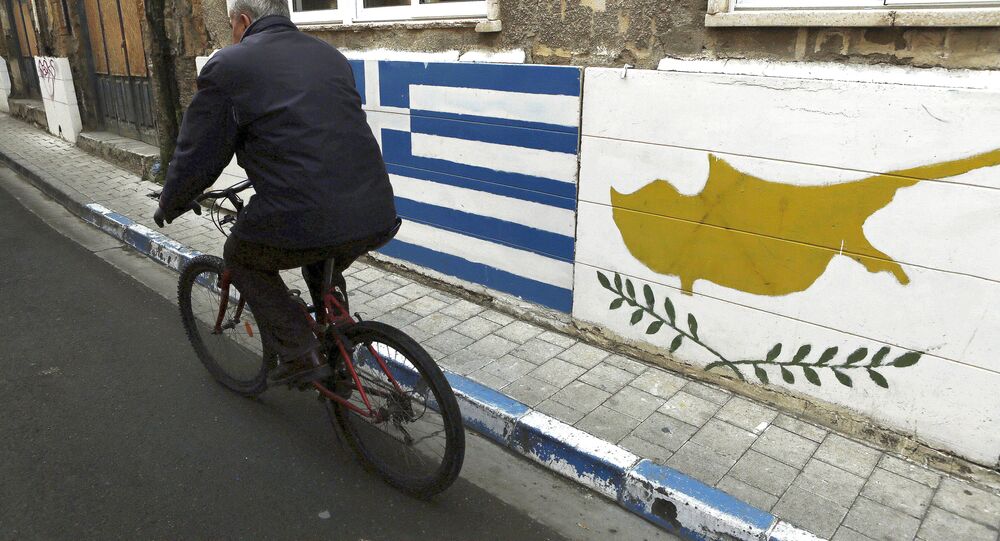 An additional plebiscite on Cyprus reunification might be possible if the solutions for security and territorial concerns are found at negotiations in Geneva, Сypriot President Nicos Anastasiades told Sputnik.

NICOSIA (Sputnik) — Cyprus has been partitioned since 1974, when Turkey occupied the island's north, later proclaiming the Turkish Republic of Northern Cyprus (TRNC). Turkey maintains military presence in TRNC, which is only recognized by Ankara as an independent state. Anastasiades and Mustafa Akinci, Turkish Cypriot leader, have been involved in the UN-led reunification talks since May 2015.

"We can make such progress [on finding a solution] in Geneva and actually what I am looking for is the final solution. If we can meet the concerns regarding the security and guarantees and if we manage to find a solution as regards the territorial adjustments, then we are going to be free to discuss the remaining unresolved issues in the four chapters I have mentioned before, then why not [hold a new referendum on reunification]," Anastasiades said, when asked if another referendum was possible.

© AP Photo / Petros Karadjias
UN: Cyprus Leaders Fail to Agree on Unification Talks Resumption
The UN Security Council (UNSC) may play a significant role in the reunification of Cyprus, possibly providing an alternative to the Treaty of Guarantee parties with Greece, Turkey and the United Kingdom serving as guarantors of the island's territorial integrity, he said.

"I do not know whether the permanent member states of the UN Security Council want to get involved [in Geneva talks on Cyprus crisis settlement], because it is Cypriot own initiative… But, of course, they can play a great role after finding a solution to security issue. That is one of the alternatives of terminating the Treaty of Guarantees. The UN Security Council might become the only guarantor under Chapter 7 [of Charter of the United Nations] for the implementation, for the security," Anastasiades said.

In 2004, both communities of the island held referendums on the UN plan for settlement, which proposed a federation made up of two states, each with its own parliament and a bicameral federal parliament. The Turkish Cypriot Community mostly backed the plan, but the Greek Cypriot Community voted against it.

In April, media reported that UN Secretary General`s Special Advisor on Cyprus Espen Barth Eide met with ambassadors of the five permanent members of the UN Security Council, who said that they were ready to assist in the settlement talks, if and when they were asked to help.

The Treaty of Guarantee was introduced in 1960, with Greece, Turkey and the United Kingdom acting as the guarantors of the independence and territorial integrity of Cyprus. The deal allows the United Kingdom to retain sovereignty over two military bases on the island, which are often used for Western military operations in the Middle East. Cyprus's ruling party considers the system of guarantees "anachronistic" and urges to abandon it.