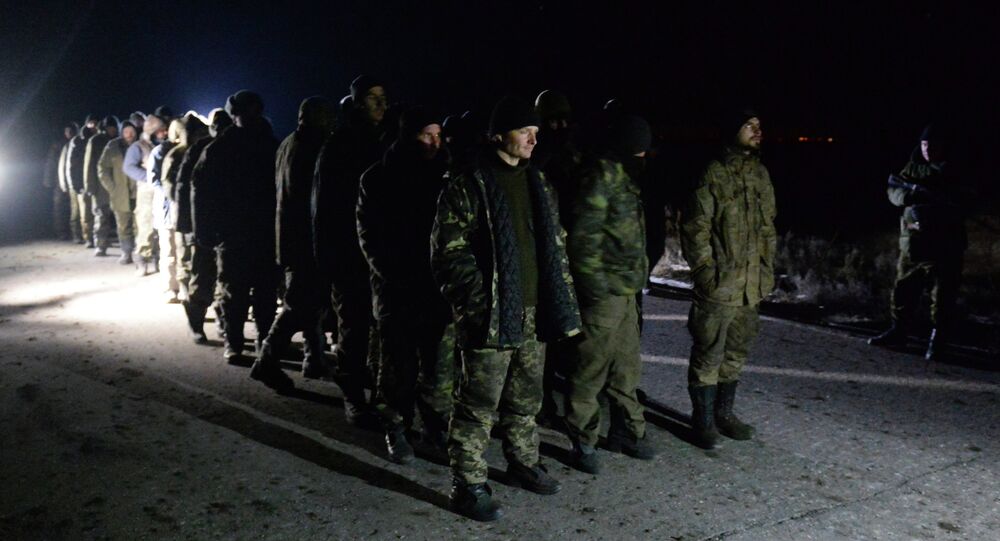 Ukraine Ready to Exchange Over 200 Prisoners in Donbass - SBU

The Ukrainian government is ready to hand over more than 200 people as part of a prisoner exchange agreement in southeastern Ukraine, Security Service of Ukraine (SBU) chief Vasyl Hrytsak said Thursday.

KIEV (Sputnik) — In 2014, Kiev launched a military operation against self-proclaimed Donetsk People's Republic and neighboring People's Republic of Lugansk, when they refused to recognize the new Ukrainian government that came to power after a coup.

"We have prepared for the exchange, I will tell the truth that we are ready to exchange more than 200 people who have expressed such a willingness," Hrytsak said at a briefing.

In 2015, the sides of the conflict reached a ceasefire agreement in Minsk after the negotiations brokered by the leaders of Russia, Ukraine, France and Germany. The Minsk accord stipulated prisoners exchange, withdrawal of heavy weaponry from the contact line in eastern Ukraine among other provisions.

However, the Minsk agreements have repeatedly been violated, with conflict escalation near the southeastern Ukrainian towns of Avdiivka and neighboring Yasynuvata in late January.