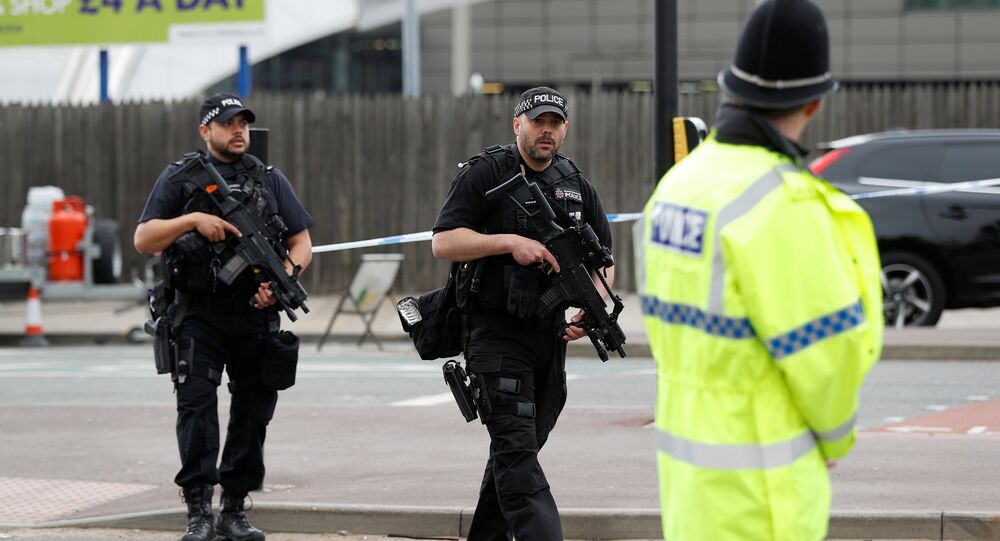 UK police said Thursday they had carried out a controlled explosion while conducting searches which are connected to Monday's attack on the Manchester Arena.

MOSCOW (Sputnik) — Manchester police said Thursday they had carried out a controlled explosion in the southern Moss Side area as part of an investigation into Monday’s concert bombing.

"This morning (Thursday 25 May 2017) we have been carrying out searches at an address in the Moss Side area during which a controlled explosion took place. These searches are connected to Monday's attack on the Manchester Arena, but this is a fast moving investigation and we are keeping an open mind at this stage," police said in a statement.

© REUTERS / Andrew Yates
Father of Manchester Attack's Suspected Perpetrator Detained in Libya
As it stands, six men and one woman have been arrested in the United Kingdom in conjunction with the probe and remain in custody for questioning. Two recent arrests took place in northern Manchester and in the town of Nuneaton in Warwickshire, England, late on Wednesday.

Police are looking into a suspected Islamist network behind Salmon Abedi, a British-born man of Libyan descent who set off a backpack bomb in foyer at an Ariana Grande concert, killing 22 and injuring over 60 concertgoers.