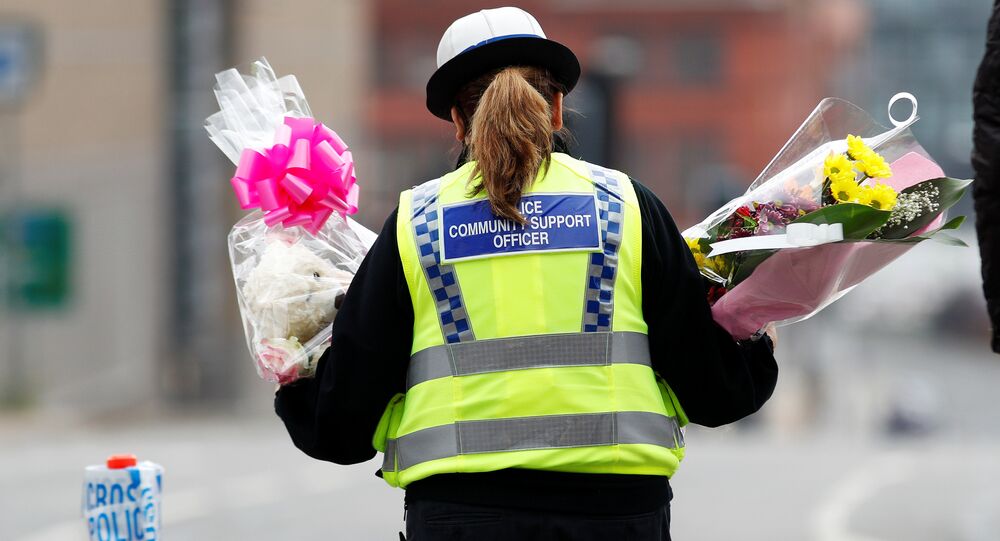 UK should tighten their anti-drug policy measures alongside the fight against terrorism, a UK independent member of the European Parliament said in a statement sent to Sputnik Wednesday.

© REUTERS / Darren Staples
UK Police Believe Bomb Maker Behind Manchester Attack Still at Large
MOSCOW (Sputnik) — UK authorities should tighten the measures taken within the framework of their anti-drug policy alongside the fight against terrorism after reports emerged that the alleged Manchester suicide attacker was a drug addict, Janice Atkinson, a UK independent member of the European Parliament said in a statement sent to Sputnik Wednesday.

On Monday night, an explosion occurred outside the Manchester Arena at the end of US singer Ariana Grande's concert. The police suspect 22-year-old Salman Abedi who died in the blast of having been a perpetrator. On Wednesday, the BBC broadcaster reported citing Abedi's friends that he was a user of cannabis.

"Today, it is known that the Manchester killer was a user of cannabis. Some of the jihadi bombers across Europe were users of drugs. However, it is not cannabis, as the BBC are reporting, it is skunk, a much more potent manufactured and highly addictive drug. I am calling for the government not just to get to grips with how to deal with terrorists but drug use also. It is always claimed that there is a 'war on drugs' but it is a war that was never started and the law never enforced," Atkinson said.

The blast claimed lives of at least 22 people and dozens more injured. Daesh, which is outlawed in Russia, has reportedly claimed responsibility for the deadly attack.