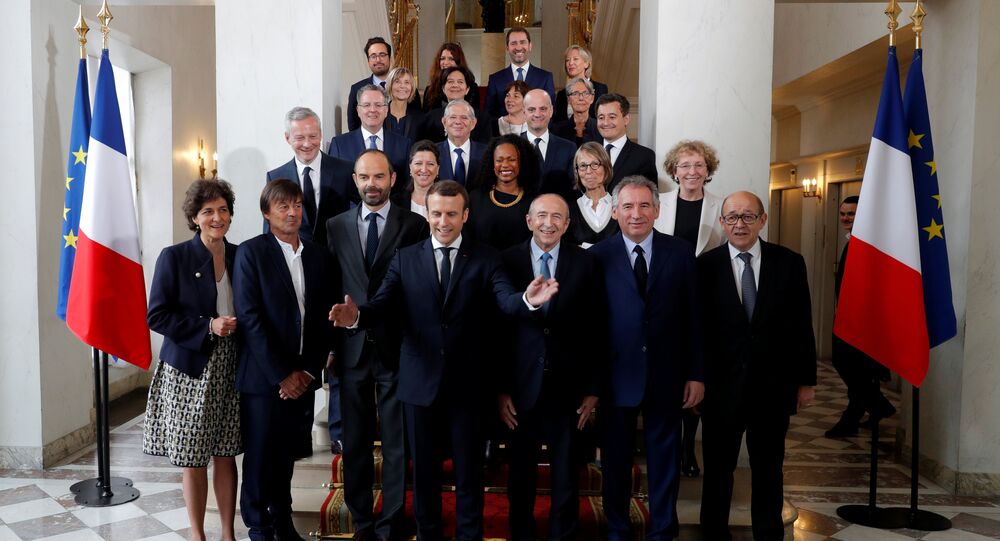 French Canard Enchaine weekly revealed in its Wednesday issue that in 2011, Ferrand's company rented an office for a medical firm in the town of Brest from a company managed by his partner Sandrine Doucen. The En Marche! official then subsequently paid for the office's renovation to increase the site's value, which, according to the magazine itself, was not illegal. Ferrand also reportedly employed his son as a parliamentary assistant for several months in 2014, with the total gross salary amounting to 8,704 euros ($9,749).

Castaner also reportedly stressed during a briefing on the Council of Ministers, that the government was not considering the Ferrand's dismissal.

According to the Prime Minister's office, the employment of Ferrand's son was legal, as he did real work for minimal wages.

© REUTERS / Robert Pratta
En Marche! Unable to Accept Valls' Candidature for Election - Enlistment Head
Ferrand's office confirmed to the France Info broadcaster that Emile Ferrand briefly worked for his father from January 13 to May 16 in 2014 and that he had "plenty of things to do," for which he was not paid any "outlandish" sums of money.

Richard Ferrand told the BFMTV broadcaster earlier in the day that the office that was rented from the company managed by his partner was chosen because it was the best bargain for his company.

"This is a sort of a welcome gift for my appointment to the government. They are trying to turn a banal management decision into a pseudo-scandal," Ferrand said of the article.

Marine Le Pen, the leader of National Front party, strongly urged Ferrand to resign and said that this situation was similar to the scandal surrounding Francois Filln, the former presidential candidate from The Republicans party.

Canard Enchaine's revelations about Fillon allegedly having employed his wife as a parliamentary assistant despite her doing little work led to the launch of an investigation into the matter. Fillon, who has denied all allegations, saw his ratings lower in the polls ahead of the election as new details about the scandal continued to emerge.

The Republicans' nominee came in third and was therefore eliminated. Macron, the founder of La Republique en Marche! movement went on to win the presidency.