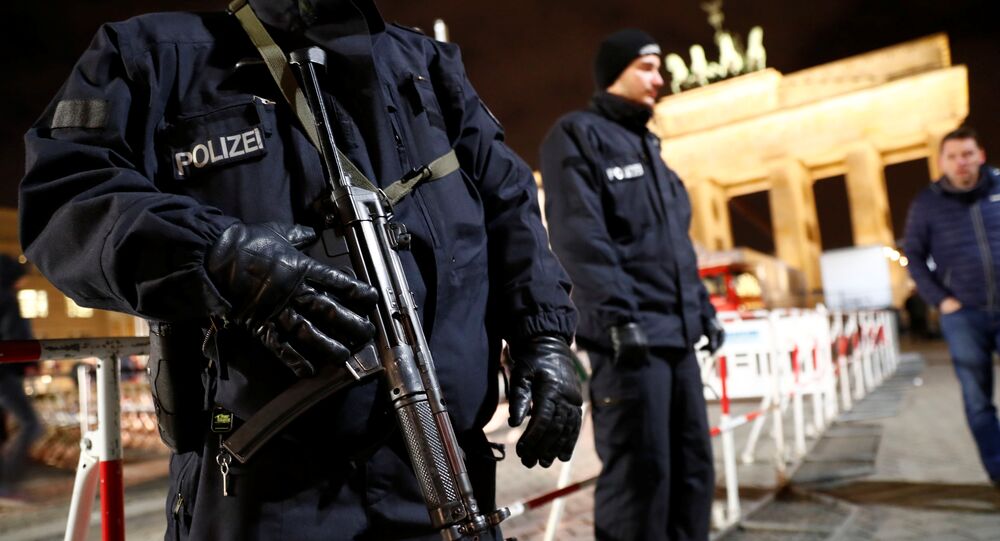 Security measures in Berlin have remained high due to the general threat of terrorism, a Berlin police representative told Sputnik in the wake of late Monday's terror attack in the United Kingdom.

© AP Photo / Gregorio Borgia
Italy Plans to Beef Up Security in Wake of Deadly Manchester Attack
BERLIN (Sputnik) — A deadly blast occurred outside the Manchester Arena at the end of US singer Ariana Grande's concert on Monday night, leaving at least 22 people dead and over 120 injured. Daesh, which is outlawed in Russia, has reportedly claimed responsibility for the attack.

“There has been a general threat of terror for a long time, so our security precautions are permanently at a high level. Of course, the police in Berlin, however, are constantly in close contact with other security authorities to be able to adapt measures if necessary,” the representative said.

Earlier in the day, German Chancellor Angela Merkel extended condolences to the British people over the Manchester attack, adding the incident has strengthened Germany's resolve to fight terror.

Over 90 States Presented at Security Conference in Russia's Tver Region