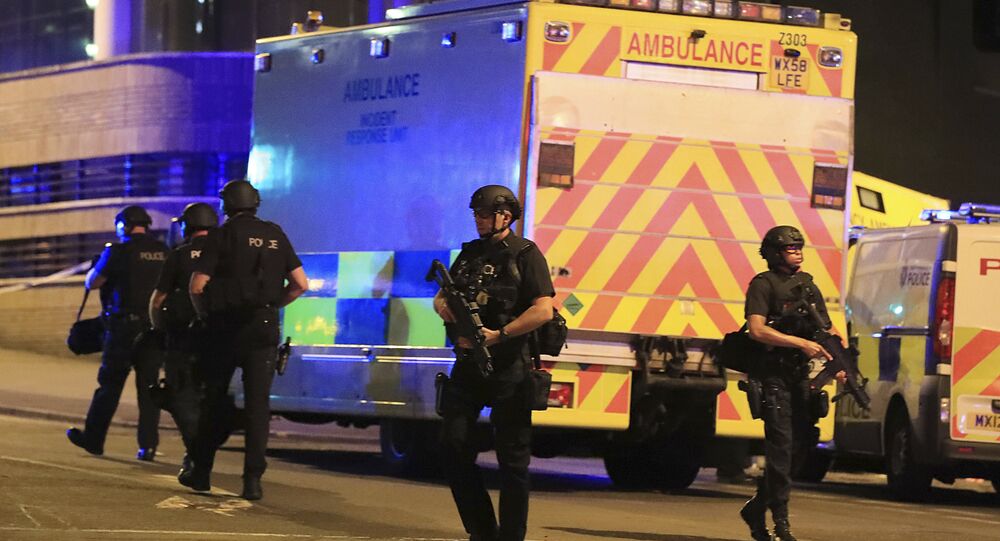 © AP Photo / Peter Byrne/PA
'Horrific Incident': What is Known So Far About Manchester Suicide Attack
At least 22 people, including children, were killed and 59 injured when a blast rocked through the Manchester Arena foyer after the concert of US singer Ariana Grande on Monday night. Greater Manchester police say they are treating the attack as a terrorist incident, confirming that the attacker who was carrying an explosive device died in the arena.

According to Reuters, Daesh claimed the Manchester attack had been carried out with an explosive device planted at the concert.

Earlier in the day, British Prime Minister Theresa May said that police believe the terrorist attack had been carried out by one person, however, law enforcers are checking whether he had any accomplices. Police believe they have identified the suspected attacker, however, have not verified their information yet, she added.

After that, Greater Manchester police said that a 23-year-old man had been arrested in connection with the attack.