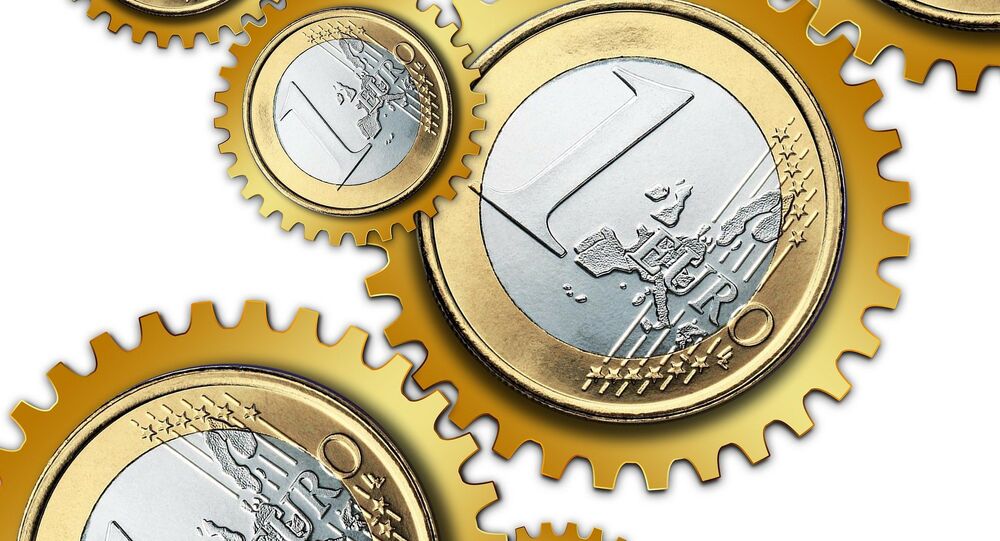 The European Commission has a master plan, which intends to force all member states to have introduced the euro in eight years, the German newspaper Frankfurter Allgemeine Zeitung (FAZ) wrote, citing leaked documents. This surprising revelation created a stir in Sweden and Denmark, which rejected the euro in referendums.

© AFP 2021 / JONATHAN NACKSTRAND
Stingy Sweden Supports Shrinking EU Budget After Brexit
According to FAZ, the EU Commission wants more "democratic control" of the single European currency and on future decisions about member state budgets and savings. In addition to the proposal to create a specific euro budget for future investments to be fueled by special taxes, the EU was reported to have plans to make all its member states to switch to the euro by 2025. The EU Commission was reported to be able to make public its revolutionary proposals as early as on May 31.

At present, Poland, the Czech Republic, Croatia, Romania and Bulgaria remain outside the Eurozone. However, the news is especially startling for loyal EU member states Sweden and Denmark, which declined the single European currency in previous plebiscites.

"Some kind of confusion has probably occurred. Of course, we do encourage all member states that are expected to join in accordance with the accession treaties to do all the necessary work, but there is no specific deadline," Euro Commissioner Valdis Dombrovskis said at a subsequent consequence in Brussels, as quoted by the Swedish daily Svenska Dagbladet. He also attempted to soothe the Nordics by suggesting that 2025 is only a time limit by which the economic and monetary union will be fully functional.

© Photo : Pixabay
Formerly Loyal Swedes Think It's Time to Reassess Whether EU is Worth the Stress
Nevertheless, the Swedish government representatives had already struck down the proposal.

"It is a matter that is completely irrelevant. We have made it clear in the accession treaty that we do not intend to join the Eurozone, and we won't do it either," Swedish Social Democratic EU Minister Ann Linde said, stressing that accepting the euro was "off the agenda."

According to Swedish Finance Minister Magdalena Andersson, there would be no decision to move on to the euro without a referendum.

"It is Sweden and the Swedish people who ultimately decide if and when we join the euro or not — and no one else," Magdalena Andersson said.

Sydsvenskan's columnist Olle Lönnaeus ventured that nobody, not even Brussels may force Sweden to join the monetary union. However, he argued, the pressure on Sweden will increase when the UK, the only European heavyweight to have passed on the euro, finally leaves the EU.

© AFP 2021 / Scanpix Denmark/ NIKOLAI LINARES
Denmark Reluctant to Recompense EU for UK's Departure
Sweden meets all economic requirements for joining the Eurozone, but has made no attempts towards the single currency ever since it was rejected during the 2003 referendum by 55.9 percent of the Swedes. Today, several of Sweden's political parties favor joining the Eurozone.

Denmark, where the euro was turned down in a similar referendum by 53.2 percent of the vote in 2000, enjoys the right to opt-out and is not required to join the Eurozone. However, the exchange rate of the Danish krone is linked to the euro.

Brexit May Cause Domino Effect Throughout EU - Swedish Foreign Minister