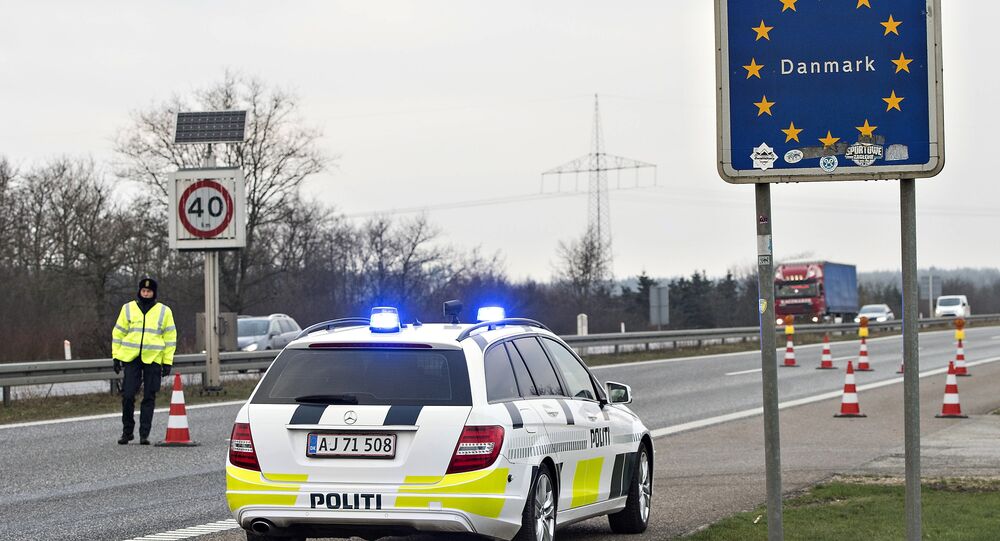 The right-wing Danish People's Party has created a commotion in its home country with its proposal to put up a barbed wire fence equipped with motion sensors on Denmark's border with Germany to stop illegal migrants from entering the country.

© Flickr / Glueckstadt
Danish Right Riles Germany With Expansionist Ambitions, 'Territorial Claims'
The Danish People's Party (DF), which the country's second-largest, recently visited the border between Hungary and Serbia, which arguably saw Europe's highest traffic of asylum seekers at the height of the migrant crisis of 2015. Swamped by asylum seekers from Africa and the Middle East, Hungary effectively closed its border, set up a border fence and green-lit the unlimited detention of asylum seekers in special camps.

Anders Vistisen, who chairs DF's faction in the EU Parliament, advocated that this model could be at least partially applied to Denmark, the Danish newspaper Politiken reported.

"We in DF are very excited about what we saw in Hungary. The model is pretty much the same as the one we propose to introduce between Denmark and Germany," Anders Vistisen told Politiken. According to Vistisen, the border would be enhanced with a three-meter border fence with barbed wire, motion sensors and surveillance cameras.

© AP Photo / Mikkel Berg Pedesen/POLFOTO
Denmark Laments Deported Refugees Beaten Up En Route to Home Country
Previously, the Danish People's Party has long been calling for tighter border controls with Germany, which functions as a gateway for asylum seekers to reach Denmark and proceed further to Scandinavia. According to Vistisen, the "Hungarian" model would enable Denmark to return up to 95 percent of asylum seekers to Germany. Copenhagen would thus be able to prove that the people detained on the Danish-German border had already been in an EU country, where they could have applied for asylum, but failed to do so.

"Should the Germans have a problem with it — if they say that the refugees come from Greece or Austria — then simply let the Germans obtain control of their own borders," Vistisen said.

According to Politiken, the 174-kilometer border fence between Hungary and Serbia set Hungary's state coffers back $602 million. A similar fence at the 68-kilometer Danish-German border is expected to cost Denmark $226 million.

© AFP 2020 / TT NEWS AGENCY / STIG-AKE JONSSON
Sweden Has Second Thoughts About ID Checks One Week After Repeal
In January 2016, Denmark introduced border controls on its frontier with Germany, but has since been encouraged by the EU to phase out the border checks. Therefore, it would be unthinkable of EU to grant Copenhagen permission to erect a three-meter high barbed wire fence. Hungary itself has previously come under a lot of criticism from the EU for its "anti-EU" ways. Vistisen said that he was well aware that a rerun of this model in Denmark would be unwelcome by the EU, to say the least, yet claimed to be ready to risk a trial over the issue, since Schengen rules "weren't being followed anyway."

DF, which has been rising in popularity since it was established in 1995, is currently Denmark's second-largest party with 21.1 percent of the votes, but is not part of the coalition government.

© Flickr / Bo Nielsen
Just Can't Get Enough? "Too Many Muslims" Danish Party Says
DF's hardline anti-immigrant stance has historically triggered a lot of criticism from Denmark's liberal and left-leaning politicians. Recently, however, it drew parallels to the American Ku Klux Klan movement by none other than former Conservative Minister Henning Dyremose. The former Employment and later Finance Minister recalled his own experience with the KKK during his youth in the USA, comparing DF's "hateful" attitude to foreigners and Muslims to KKK's racism.

DF spokesman Martin Henriksen called the comparison "absurd" and "insane" and called for the Conservatives to eject Dyremose from their party. Dyremose subsequently admitted that he was "a little regretful" of the comparison, yet maintained that it was "difficult not to make."

A poster for DF's 2007 election campaign notoriously featured a hand-drawn image of Islamic prophet Muhammad with caption "Freedom of speech is Danish, censorship is not." The Conservative Party, however, itself landed in hot water in 2015 for its campaign slogan "Stop Nazi Islamism."