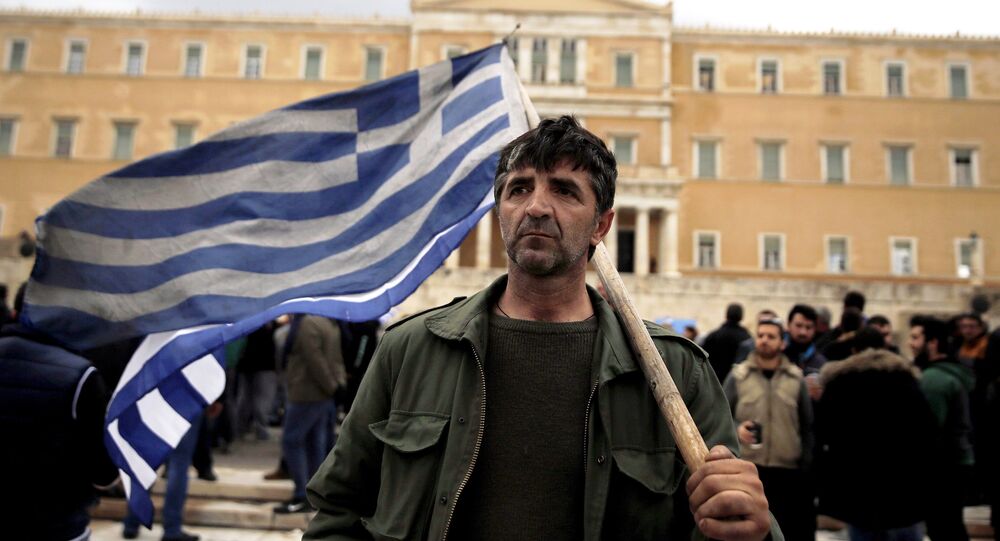 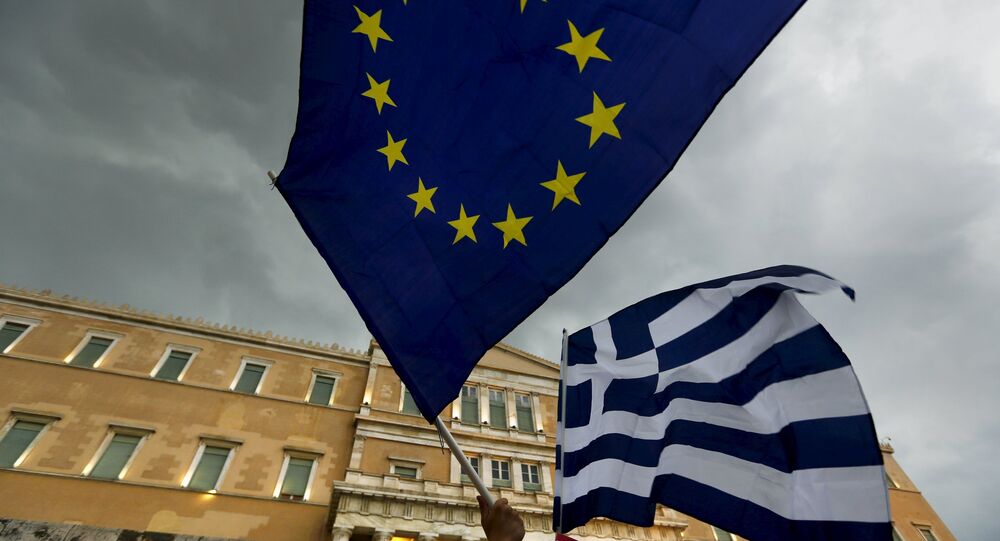 French Economy Minister Bruno Le Maire said said Monday he hopes that the deal on Greek debt relief program will be made in June.

MOSCOW (Sputnik) — The definitive agreement on Greek debt relief program may be made in June at the next Eurogroup meeting, the fact that the decision was not reached at the latest summit is quite normal considering the complexity of the issue,Le Maire said.

"I have high hopes that in three weeks, at the next Eurogroup [meeting] we will be able to reach the definitive agreement on the issue of the Greek debt," Le Maire said Monday at the press conference following the Eurogroup meeting.

The French economy minister said that the discussion of the Greek debt at the latest meeting was constructive and that it was "perfectly normal" that an agreement had not been reached since the issue at hand was very complex.

EU Commissioner for Economic and Financial Affairs Pierre Moscovici also expressed hope that the agreement would be reached in a few weeks.

© AFP 2021 / PHILIPPE HUGUEN
Greece Meets Necessary Obligations to Stay in Eurozone – EU Commissioner
Eurogroup President Jeroen Dijsselbloem said following the meeting that a great progress was made on policy package and the negotiators were "very close to an overall agreement."

Dijsselbloem said that the International Monetary Fund was impressed with the progress made but would wait for the final decision.

The next meeting is scheduled for June 15.

Greece needs to receive the new credit tranche in the near future to meet a debt repayment deadline in July. The IMF reportedly asked for more debt relief for Greece, wishing to ensure the sustainability of the country's debt.