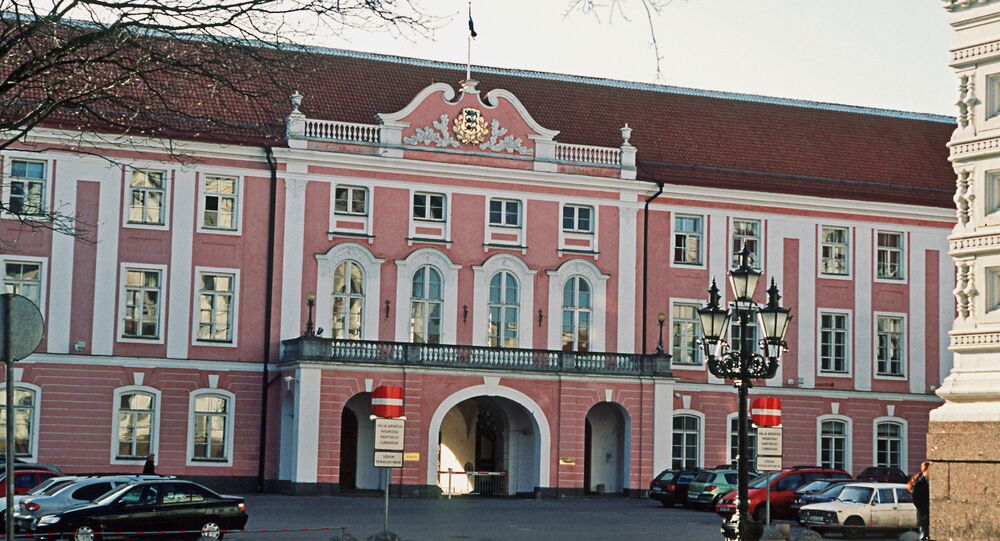 Estonia's Conservative People's Party (EKRE) has sent a bill to the country's parliament proposing that immigrants from non-EU countries (i.e. Russia) and 'non-citizens' (i.e. country's ethnic Russian and Russian-speaking residents) be stripped of the right to vote in upcoming local elections.

The bill, presented for parliamentary deliberation last Thursday, proposes depriving 'immigrants' from non-EU countries (many of them actually ethnic Russians born and raised in Estonia) and Russian-speaking 'non-citizens' of suffrage in local elections slated for October. The bill proposes that only Estonian citizens and the citizens of other EU countries be given the right to vote.

Mart Helme, chairman of the EKRE, said that voting rights for non-EU immigrants and 'non-citizens' served to worsen the effectiveness of local government, because non-citizens supposedly vote for candidates that are 'hostile to the country's indigenous population'.

© Sputnik / Vladimir Pesnya
Latvia's EU Blues: Why Support for Membership in Union is Down to Record Lows
The EKRE presently has seven seats in Estonia's 101 seat parliament, and Estonian politics observers say the bill is likely to be defeated.

Estonian authorities distributed controversial and discriminatory 'non-citizen' passports to Russian-speaking residents after the collapse of the Soviet Union. At the time, the measure disenfranchised about a third of the country's population. Since then, many non-citizens have applied for Estonian citizenship. About 100,000 more have obtained Russian citizenship.

About 82,000 non-citizens remain. They have limited civil and economic rights, but do have the right to vote in local elections, provided that they have lived within the territory administered by the local government for 5 years or more. Estonians and EU citizens do not face this limitation.

Non-citizens do not have the right to vote in national elections, nor be elected to serve, locally or at the national level. Their freedom of movement is also limited, because their non-citizen passport is not recognized by most countries around the world. Non-citizens are also restricted in their socio-economic rights, and cannot work in government services, or the legal sphere, or as pilots, air traffic controllers, and in a number of other professions. Due to perceived systemic discrimination, non-citizens' unemployment rate has been consistently higher than that of citizens.

"It's worth noting…the meaning of the term 'immigrant' in the context of the country," the commentator said. "There are for example citizens of Russia, many of whom were born and raised in Estonia. Where they 'immigrated' from is left unsaid. If you put together these 'pseudo-immigrants' and the 'non-citizens', you get a figure of several hundred thousand people. For small Estonia, whose population is barely over 1.3 million, this figure is huge. And it is namely these people who have prevented the ultra-right nationalists from coming to power in recent years."

© Flickr / Troy David Johnston
Long-Suffering Baltic Russians No Fifth Column Despite Discrimination
Barsegyan suggested that with this bill, the EKRE is looking to tear down this barrier. "Its authors don't care about political correctness – the sacred cow of Western democracy. They claim that participation in local elections by the so-called 'aliens' spoils the qualitative composition of local government. Translating this into the language used by the Nazis, who seem to be the EKRE's ideal politicians, 'one group of sub-humans is electing another group of sub-humans.'"

Ultimately, Barsegyan said that he was confident that the bill would be defeated. "But the very fact of its appearance has revealed the kind of political forces which have matured here in Estonia."