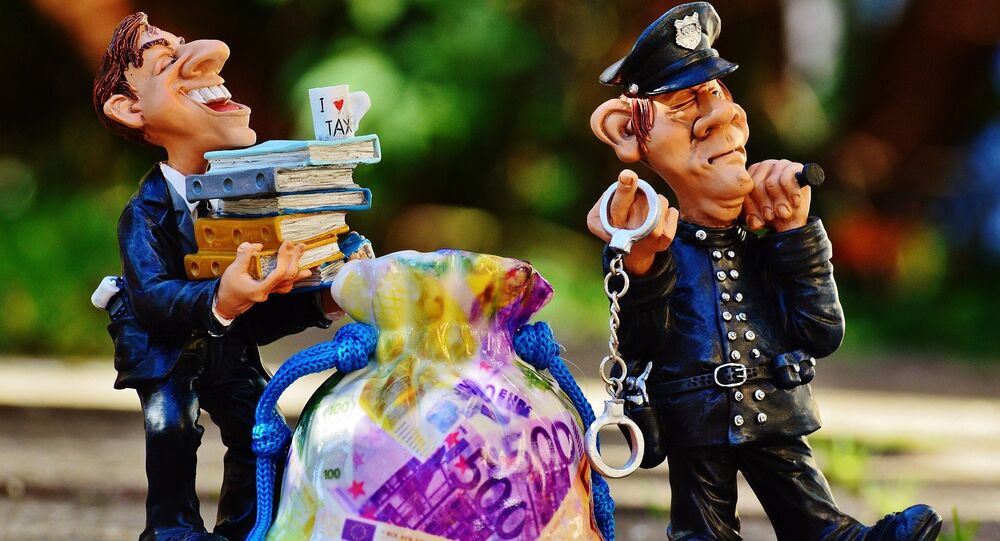 New evidence from the European Investigative Collaborations has exposed the fact that Malta is actively marketing itself as a pirate base for tax avoidance inside the EU, welcoming large companies and wealthy private clients who try to dodge taxes in their home countries.

© AP Photo / Gregorio Borgia
Maltese Presidency at Center of EU Panama Papers Tax Probe
The European Investigative Collaborations (EIC) has published 150,000 documents exposing how Malta is being used by global companies as a haven for tax avoidance in the EU — despite the fact that Malta — which holds the rotating presidency of the EU — is supposed to be leading efforts to tackle such initiatives.

According to a report by the European Commission, although Malta has a nominal rate of corporate income tax is 35 percent, due to the full imputation system of taxation, the "real" rate can go as low as approximately 5 percent.

This lower effective tax rate can be obtained if the taxpayer organizes itself by having a group of a minimum of two companies (parent and subsidiary) that are resident in Malta.

Malta is already under investigation by the EU over its taxation system, following a visit to the Mediterranean island by the European Parliament's Committee of Inquiry into Money Laundering, Tax Avoidance and Tax Evasion (PANA), February 2017, which found that "the Maltese tax system can be prone to abuse and confirmed that Malta disagreed with Commission proposals on specific tax issues."

Specifically, Malta has resisted the EU proposal that multinationals operating in the EU with global revenues exceeding US$842 million a year to publish key information on where they make their profits and where they pay their tax in the EU on a country-by-country basis.

"With a corporate tax rate of just 5 percent and an almost 100 percent tax refund for shareholders, Malta has one of the most lenient corporate tax regimes in the EU, which in turn facilitates the laundering of criminal money," said Fabio De Masi, Vice-Chair of the PANA Committee, following the committee's visit to Malta.