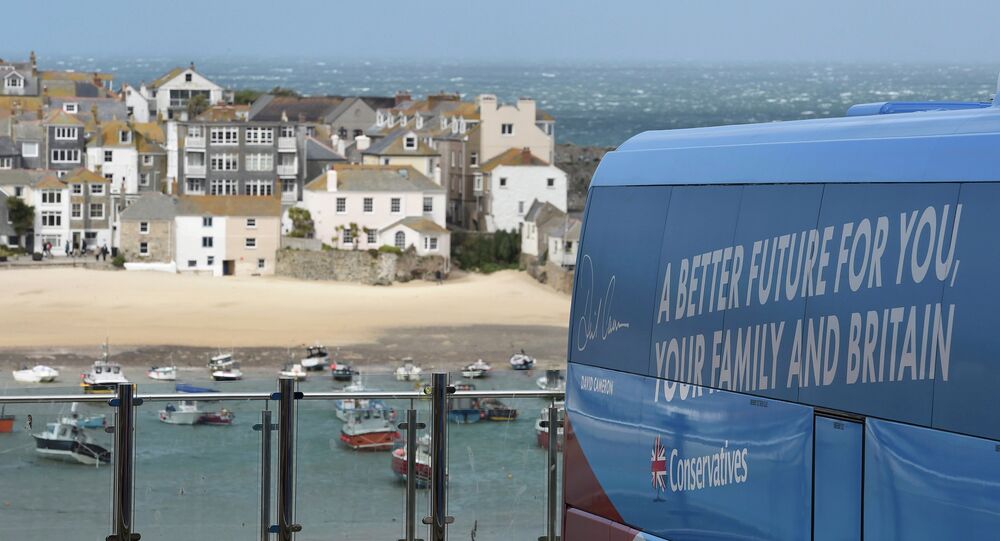 The UK Conservative Party is projected to have a nine-percent lead over its primary rival, the Labour Party, at the upcoming snap general election, set for June 8, a fresh survey showed Monday.

© AFP 2021 / JUSTIN TALLIS
UK Conservatives Hold 13% Lead Over Labour Party Ahead of June General Election
MOSCOW (Sputnik) – According to a Survation poll, the chances of the Conservatives dropped by 5 percentage points since May 15, with the party now projected to gain 43 percent of votes.

The Labour Party is expected to receive 34 percent, which is a five-percent increase, compared to the previous poll.

The poll also revealed that support for the Liberal Democrats stood at 8 percent and that of the UK Independence Party (UKIP) at 4 percent.

On April 18, UK Prime Minister Theresa May announced her decision to hold an early parliamentary election in early June to overcome divisions in the parliament and succeed in the negotiations with the European Union on Brexit.