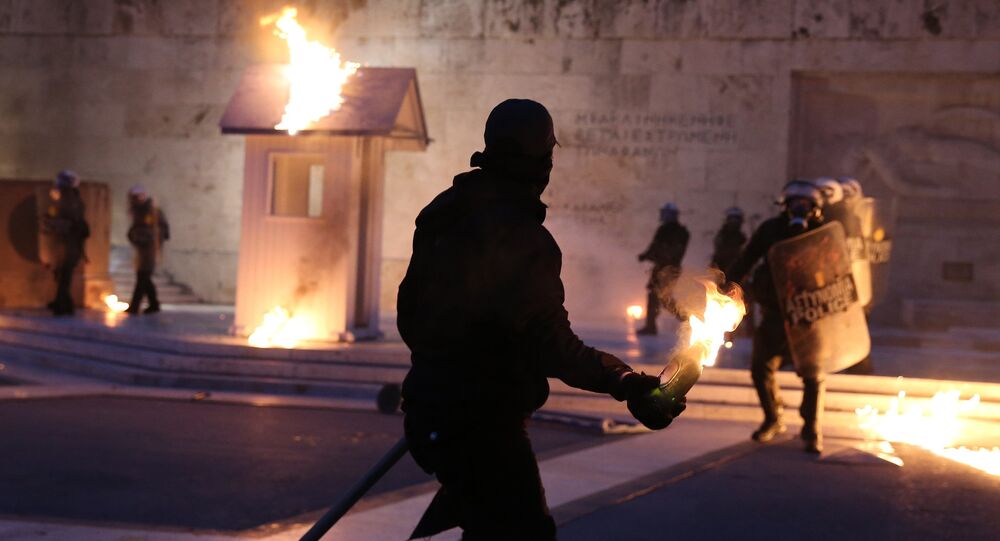 Greece's parliament has passed new austerity measures, including further cuts to Greek pensions and lower tax breaks. The package unlocks another Greek economy bailout necessary to repay the US$8.3 billion euros of debt that is due in July. However, the vote has been met with violent clashes on the streets of Athens.