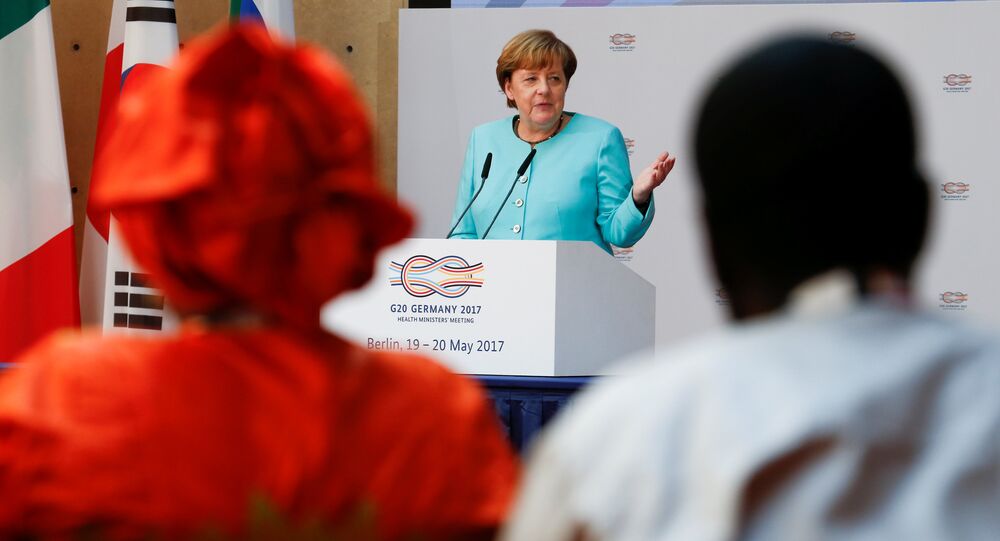 The German government has passed a package of laws on the deportation, monitoring and access to personal data of asylum seekers. The Bundestag said the new laws would guarantee "the improved enforcement of deportation rulings." However, human rights groups have condemned the new legislation.

Europe's migration crisis has hit countries across the bloc — many struggling how best to cope with meeting humanitarian needs, while navigating the community and political ramifications of large numbers of migrants.

For Germany, the past two years have been a lesson in humility and policy U-turns.

On Thursday, May, the German parliament passed legislation that will toughen rules for asylum seekers who either commit crimes in Germany or try to evade deportation.

"Our stance is clear: help and integration for those in need of protection, firmness and deportation for those who don't need it and in particular those who cheat and commit offenses," Interior Minister Thomas de Maiziere said on Twitter.

The measures include movement restrictions on migrants found to have given a false identity upon entering Germany and for those who refuse to leave voluntarily after their asylum bids have been rejected.

Violent migrants and those deemed a security risk will be required to wear ankle monitors, while detention time pending their deportation will be extended to a maximum of ten days.

Another law would make it easier for state authorities and the Federal Criminal Police Office (BKA) to share and compare data.

© Photo : Pixabay
Germany's Migrant Crisis: 'At This Rate, by 2060 There Will Be No Germany as We Know It'

Amnesty International have criticized the German government's plan, claiming the law could violate the privacy of tens of thousands of people.

However, with the German elections just months away, the move is being seen as an attempt by German Chancellor Angela Merkel's government to appear tough on immigration.

Indeed, it is in stark contrast to Chancellor Merkel's initial response to the exodus of migrants from North Africa and the Middle East towards European shores.

In 2015, Merkel proclaimed "Wir schaffen das" or "We can manage it" when opening Germany's borders up to hundreds of thousands of migrants. It was a humanitarian gesture intended to set an example for her EU counterparts across the continent.

Many Germans opened their hearts and their communities to men women and children fleeing war and famine.

However, as months passed, for some towns in Germany, it began to be a case of too much, too fast.

Cases of jihadi attacks and assaults against women — perpetrated by a small minority of asylum seekers — angered Germans. Far-right groups were quick to capitalize on the swing to nationalist populism that ensued.

In 2016, there were several protests in Germany frustrated by Merkel's immigration policy.

So, will this latest tightening of immigration controls help stave off the defeat of arguably the EU's most powerful national leader?

According to the German Federal Office for Migration and Refugees, Germany has already made some headway towards stricter controls on immigration.

Afghan asylum seekers were turned back the most frequently, with 3,695 people affected in 2016 so far. 2,142 Syrians, 1,794 Iraqis and 1,237 Nigerians have also been stopped from entering Germany.

However, Merkel is now also facing criticism from anti-deportation demonstrators, who clashed with far-right groups on her recent visit to Dusseldorf while campaigning for local elections in North Rhine-Westphalia.

Merkel's center-right CDU party has already seen a snapshot of this voter discontent in September 2016. Her party was hit with its worst-ever result in Berlin: a 17.6% share of the vote.

"If I could, I would turn back time for many, many years, to prepare better," Mrs. Merkel conceded.

It remains to be seen whether German voters intend to turn their back on Chancellor Merkel herself at the ballot box.