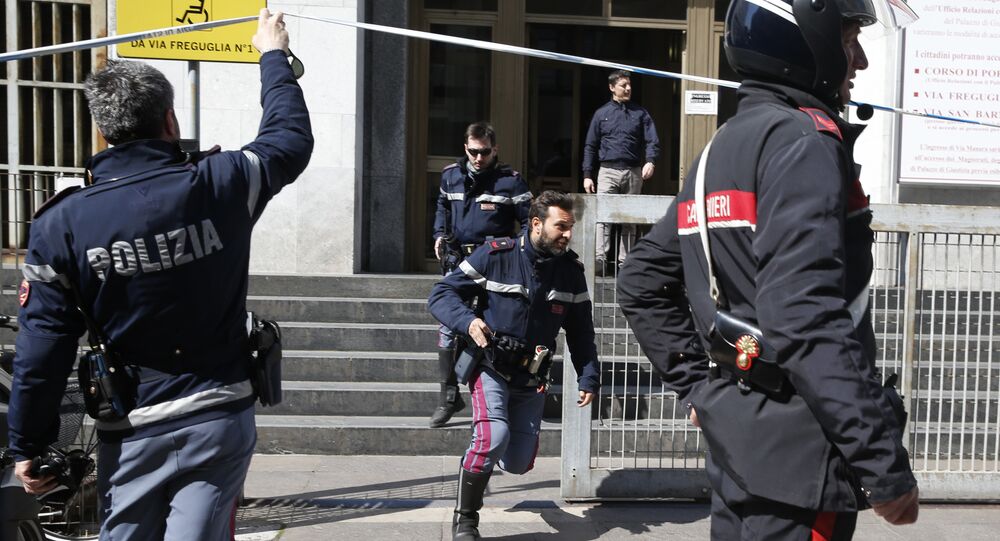 A migrant stabbed a group of Italian police officers with a knife in Milan.

ROME (Sputnik) — A migrant from North Africa stabbed a group of Italian police officers with a knife in Milan and injured two people, local media reported.

© AP Photo / GIUSEPPE CACACE
Americans in Italy Advised of Friday Protest in Milan - US Consulate General
During a routine check of documents, the migrant snatched the knife and attacked the law enforcement officers, injuring a police officer and a serviceman, the media outlet said.

The injured men were taken to a hospital, while the attacker was detained. According to the publication, the migrant was previously held accountable for drugs related activities.

Earlier in May, Milanese police conducted a large-scale operation at the railway station to check migrants' documents and detained about 50 people.

At least 1 Dead, 2 Injured After Stabbing on Campus of University of Texas