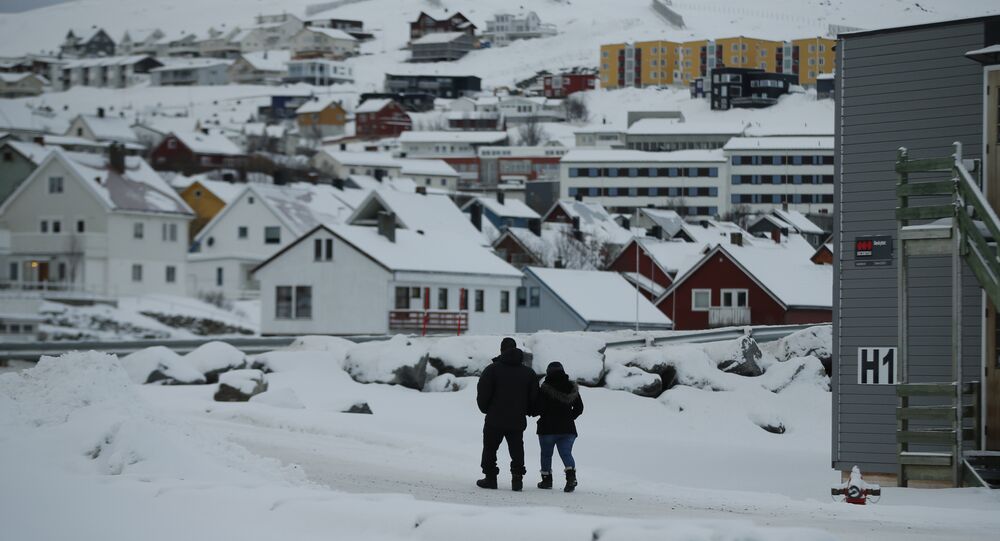 A majority of Norwegians believe immigration to be positive for the Nordic country, which marks a steep increase in the number of immigration supporters since just last year. This contradicts the experts' take on the problem, who regard immigration as a major challenge.

© AFP 2020 / TT NEWS AGENCY / STIG-AKE JONSSON
Swedes Grow Weary of Refugees Amid Terror Threats, Crime, Fraud
A total of 53 percent of Norwegians believe immigration to be a boon for Norway, a survey conducted by pollster Ipsos/MMI in cooperation with the Nobel Peace Center and the newspaper Dagsavisen has found. Conversely, only 16 percent were found to consider immigration bad for Norway, while 29 percent saw no difference and another 2 percent were unsure. Last year, only 45 percent held a positive view of immigration.

Furthermore, a whole 66 percent claimed they were not worried about the crowds of asylum seekers Norway has welcomed in recent years, whereas 36 percent said the country could and should take in more. On the other hand, only 27 percent believed fewer asylum seekers should be accepted, while 34 percent advocated for the current levels to be maintained.

"It's nice to see that folks' attitudes towards immigrants and refugees are mostly positive," Nobel Peace Center director Liv Tørres told Dagsavisen, who rejoiced over the fact that the terrorist attacks amid the refugee influx have not aggravated fears of immigration.

Ipsos's Kristin Rogge Pran explained last year's skepticism with the fact that the news agenda was at that time dominated by the migrant crisis. However, as the worst misgivings about the migrant crisis never materialized, public opinion experienced a rollback to the more positive figures of 2015, she explained. According to Rogge Pran, residents in urban areas were by far more positive towards immigration than countryside dwellers that have less contact with the newcomers.

© CC0 / Pixabay
‘Naïve’ Norwegians Change Attitude to Beggars After Documentary Exposes Swindle
However, a study published in late April by the Frisch Center revealed a far less rosy picture of immigration, highlighting problems with the integration of newcomers. The study disclosed growing gaps between native Norwegians and the new arrivals, with fewer people entering the job market and more relying on social security benefits, the Norwegian newspaper Verdens Gang reported.

Earlier this year, the government Brochmann Committee arrived at the startling conclusion that faulty integration policies and unbridled migration were threatening the core of the Norwegian welfare state. Professor Grete Brochmann from the University of Oslo, who heads the eponymous committee tasked with assessing the consequences of mass migration, noted that people with immigrant background tend to have lower employment rates and work fewer hours, thus falling into the low-income category and depend on social benefits. In the report, over a quarter of immigrants and their descendants were found to have persistently low income, as opposed to only 10 percent of Norway's total population.

© AFP 2020 / JONATHAN NACKSTRAND
Migrants to Put Norwegian Welfare Under Stress, Outnumber Norwegians Soon
Meanwhile, recent figures from the Norwegian Immigration Agency (UDI) indicate a sharp decline in the number of arriving asylum seekers. A total of just 329 people arrived in April, mostly from camps in Italy and Greece. Only 1,593 asylum seekers have arrived in Norway since the beginning of 2017, as opposed to 30,000 at the peak of the migrant crisis in 2015. Around 60 percent of the newcomers are men, with the majority hailing from Syria and Eritrea.

In the early 1990s, immigrants totaled only 4.3 percent of the Norwegian population. A quarter of a century later, their percentage has risen to 16.3 percent in a nation of 5.2 million. A 2016 forecast by Statistics Norway predicts immigrants to remain a locomotive of Norwegian demographics. Today, migrants account for 90 percent of Norway's population growth, and their number is expected to double from today's 700,000 to 1.4 million by the mid-2040s, when Norway's population is expected to reach the six-million mark.