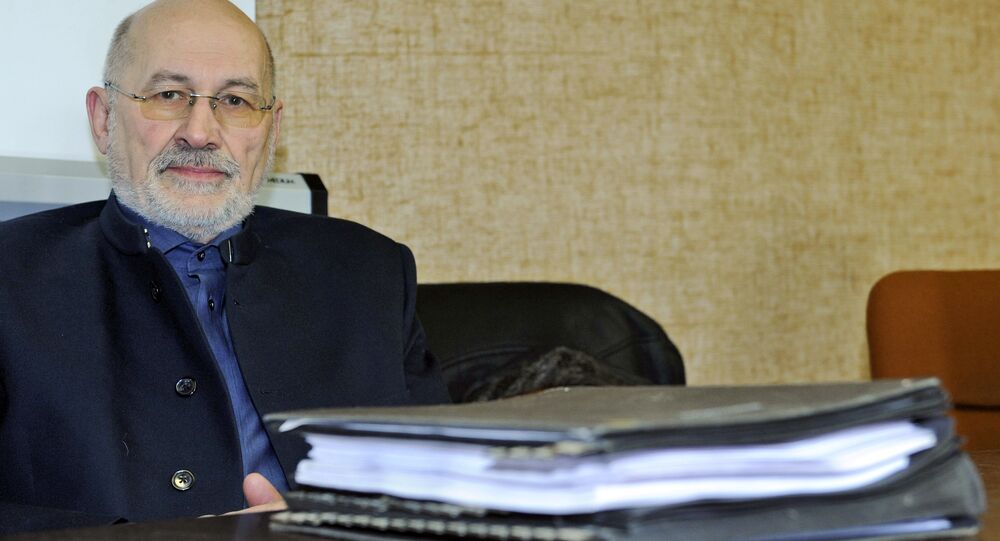 Eighty-one-year-old Horst Mahler, a German far-right activist, has been arrested in Hungary on charges of inciting racial hatred and denying the Nazi German Holocaust against Jews.

Mahler was originally sentenced to 10 years in prison in 2009 for penning tracts and manifestos that violated Germany's strict speech laws. He was released early in 2015 after his health began to decline and part of his leg was amputated. However, further offenses that Mahler allegedly committed while imprisoned prompted a new warrant for his arrest to be issued.

Mahler fled the country in April 2017, declaring his intent to seek political asylum in Hungary. He argued that one of the crimes he was accused of was nothing more than publishing a book.

"The work is a religious-ideological declaration. It has no relation to Holocaust denial," Mahler wrote in an open letter.

German courts issued a European warrant for Mahler's arrest, and on Tuesday Mahler was caught near Hungary's border with Austria. Hungary denied his request for asylum, but it is not yet clear whether he will be returned to Germany.

Mahler, a lawyer and activist by trade, was one of the founders of the Red Army Faction (RAF), a far-left terrorist group that was active in West Germany during the 1970s. Between 1970 and 1980, Mahler was imprisoned on charges of bank robbery and assisting in a prison escape. He began to move to the political right in this time period, and by the 1990s was an avowed nationalist and anti-Semite. He joined the ultranationalist National Democratic Party of Germany in 2000, though he later left the party in 2003.

Since then, Mahler has been repeatedly brought up on charges of hate speech in German courts, primarily Holocaust denial and pro-Nazi statements. He has become an icon of the German far-right, and has been featured in documentaries and films.

He has also refused to recognize the legitimacy of the modern German state, as part of the "Reichsbürger movement," which believes Germany's borders must be congruent with their 1937 holdings. He has also been fined for defending the September 11 terrorist attacks on the US.

After several court hearings, a Munich judge said that Mahler was "completely disaffected and utterly unteachable," and that his "nationalistic squabbling" was "nonsense," before handing down his lengthy 2009 sentence.

When reporters attempted to get a comment, Mahler replied with an angry snarl.