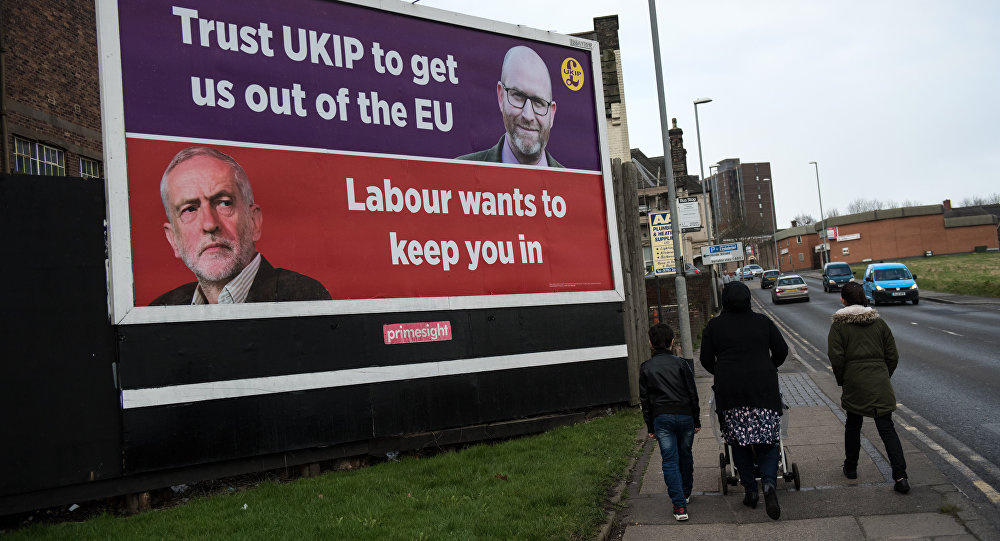 The UK Labour Party will ban fracking in case it wins the snap general election in June.

"Labour will ban fracking because it would lock us into an energy infrastructure based on fossil fuels, long after the point in 2030 when the Committee on Climate Change says gas in the UK must sharply decline," the manifesto unveiled by Labour's leader Jeremy Corbyn read.

According to the manifesto, the emerging technologies would smooth the transition to cleaner fuels.

"We are committed to renewable energy projects, including tidal lagoons, which can help create manufacturing and energy jobs as well as contributing to climate-change commitments," the paper said.

© AFP 2019 / Leon Neal
Fracking Dangerous, Expensive, Should Be Abandoned - UK Green Party
People across the United Kingdom has long been protesting against fracking activities, in particular in Lancashire region.

According to recent polls, the ruling Conservative party is projected to win general election with 48 percent, while the Labour is set to receive 28 percent of votes.