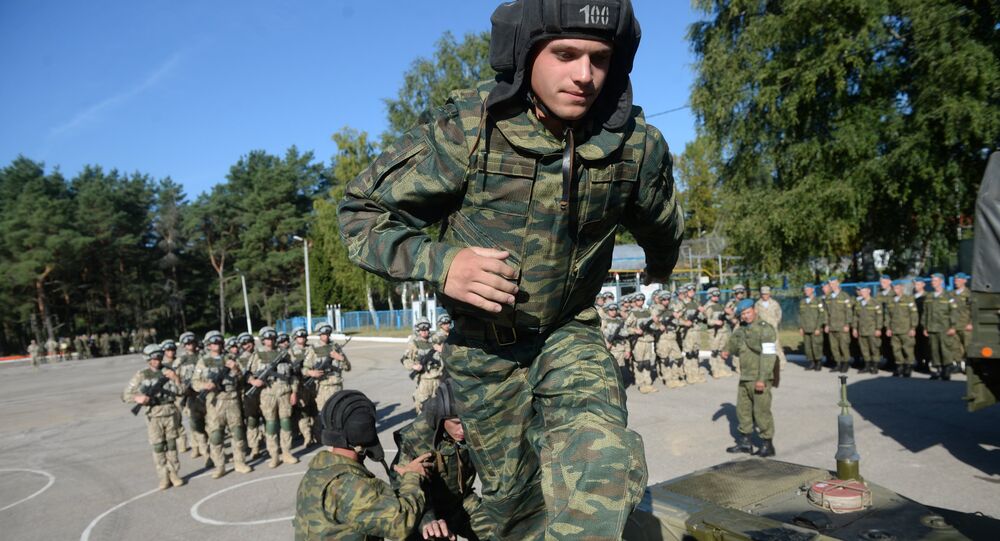 At 25, 'Russian NATO' is a Force to Be Reckoned With

Six instead of nine

Armenia, Belarus, Kazakhstan, Kyrgyzstan, Russia and Tajikistan are the current CSTO members. Uzbekistan rejoined the CSTO in 2006, but pulled out in 2012.

© Sputnik
Belarus Plans to Focus on Regional Conflicts Settlement During CSTO Presidency
Political analysts believe that under its current President, Shavkat Mirziyoev, Uzbekistan is unlikely to rejoin the CSTO.

On December 2016 President Mirziyoev said that he would toe the line of his longtime predecessor, Islam Kerimov, by staying out of military blocs.
Turkmenistan also maintains a neutral status. Still, both of these Central Asian states have close military-technical ties with Russia.

Several military structures have since been established within the Organization, which holds annual drills to strengthen its collective defense capability and interoperability.

In keeping with the CSTO Charter, any decision on the joint use of military force shall be taken by a unanimous decision of all its member states.

The CSTO’s main priority is to deal with outside threats, such as border conflicts, unjustified military buildups by third countries, violations of arms reduction treaties, the use of nuclear and other weapons of mass destruction, international terrorism and attempts to meddle in the member state’s internal affairs.

The CSTO is not meant to prevent coups, civil wars or attempts to solve territorial or political disputes through the use of military force. Each member state is free to request outside military assistance to support its current government.

Both are meant to deal with surprise military threats.

© REUTERS / DVIDS
US Bombing in Afghanistan Not Addressed at CSTO Summit - Kremlin
During an April 24, 2017 news conference, CSTO Deputy General Secretary Valery Semerikov said since its inception in 2002, the organization had established an efficient and smoothly working system of responding to “any threats.”

The CSTO is often referred to as “Russian NATO” or “mini-NATO.” Even though the CSTO lags behind its Western counterpart in terms of its budget, manpower, military hardware and combat interoperability, the mobilization potentials of both military blocs are roughly equal.

The biggest advantage that the CSTO has over NATO is the lack of a language barrier. All its members speak Russian, which facilitates the execution of commands and ensures better coordination between participating units.